TV Critics: Trying Again; A Family Of My Own; Protecting Our Parents; Kevin’s Supersized Salvage

“The script fizzed with wordplay and pop culture references.” 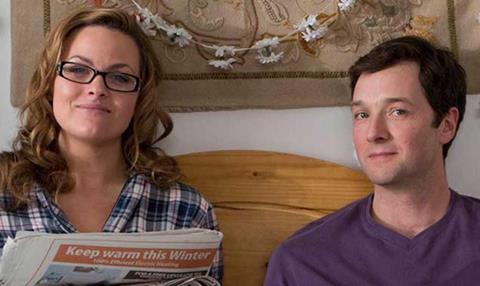 “The supporting cast was excellent and the script fizzed with wordplay and pop culture references. Proceedings opened with a good Grange Hill gag, followed by nods to Scooby-Doo and Blankety Blank. Music popped up too: dubstep, Kate Bush, 50 Cent and the Arctic Monkeys. Warm, witty, winningly old-fashioned and flat-out funny. I’ll be trying Trying Again again.”
Michael Hogan, The Telegraph

“Trying Again does deserve points for effort. Every show that takes a fresh look at the much-debased, once-great romcom genre is a welcome addition to the TV schedules. Still, it’s hard to avoid the conclusion that what these characters really need is a move to the nearest big city, a career development loan and an online dating subscription. Unfortunately, such a no-nonsense solution doesn’t lend itself to an eight-part series.”
Ellen E Jones, The Independent

Wanted: A Family Of My Own, ITV

“All their humiliations and indignities were rewarded at last with a baby boy. The moment he crawled towards his new mother, who reached down and held his hands, was as touching as television can ever be.”
Christopher Stevens, Daily Mail

“Working closely with local authorities across the UK, ITV’s new show has attained an impressive access. Reflected well on everyone involved, the hopeful couples, the hard-working social workers and most of all heroic foster parents like Angela and Mick. So many children owe a better start in life to their patient kindness.”
Ellen E Jones, The Independent

“It would have been far cheaper to give her a full-time nurse and be done with it, but that’s not how social services work. One thing was bitterly clear: Len and Kath needed to be together. When she went into hospital, Len rang 999 himself. ‘It’s my heart,’ he said. ‘I can’t stand being on my own.’ This was deeply touching TV, too — but a painfully different kind.”
Christopher Stevens, Daily Mail

“The show should have been called How to Recycle an Airliner. Or, should I say, “upcycle”? The show worked as television, and it worked as a giant metaphor for the unconscionable manner in which society discards yesterday’s toys to the landfill. Very C4.”
Andrew Billen, The Times

“It’s excellent telly, because of the interesting designs – grand even, some of them. But also because it does get you thinking about the way you buy stuff and might start to buy more recycled things.”
Sam Wollaston, The Guardian