“It’s hard to remember when such a great television find has been so badly wasted.” Read on for the verdict on last night’s TV. 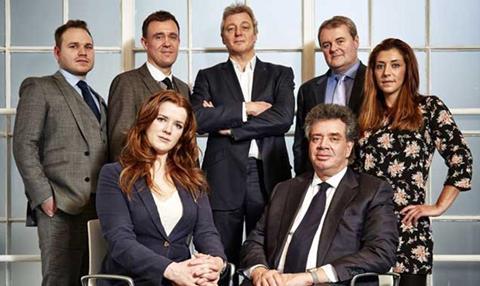 Under Offer: Estate Agents On The Job, BBC2

“It sounded like a comedy doing an impression of a documentary. Without the jokes.”
Zoe Williams, The Guardian

“It’s hard to remember when such a great television find has been so badly wasted… Any documentary maker with an ounce of wit would spot that Gary and his opulent houses were crying out for a series of their own… We can only hope some quick-witted production company will snap him up for a future series.”

Ian Hislop’s Olden Days: The Power Of The Past In Britain, BBC2

“Perhaps it is because he mocks the present in Private Eye and on Have I Got News For You, that Ian Hislop is licensed to take serious pleasure in the past.”
Christopher Howse, The Daily Telegraph

“Comfortingly engaging, like going to the pub with an uncle who might be a bit pedantic, but at least likes a drink.”
Zoe Williams, The Guardian

“Rather subversive, both in its use of sinister Orwellian phraseology (“the avoidance of doubt”) and in its deconsecration of real celebrities… Every BBC exec will now be anxious that their commissioning ideas sound like something from W1A and that can only be a good thing.”
Ben Lawrence, The Daily Telegraph