TV Critics: Vera; A Death Row Tale: The Fear of 13; War and Peace; James May's Cars of the People

“The plot twisted so far in on itself that my mind was in knots but the mark of a good detective drama is one that keeps you guessing right until the end.” 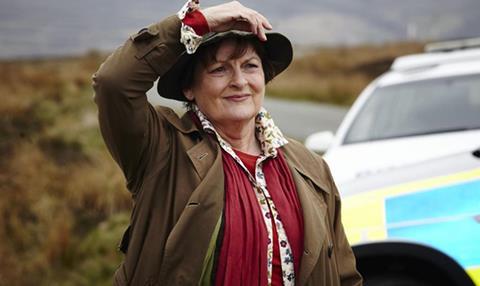 “Not many actors can pull off shambolic and effective, but Blethyn can do it with a single, penetrating glance from beneath that hat.”

“The plot twisted so far in on itself that my mind was in knots but the mark of a good detective drama is one that keeps you guessing right until the end.”

“Like most detective telly, its plots are too slow and convoluted. For a precinct drama, its supporting parts are underwritten … Yet each time I have caught Vera I have admired it more than I hoped.”

“As ever this was a two-hour session that depended almost entirely on Brenda Blethyn’s charismatic presence as cranky, shambling-on-the-surface DI Vera Stanhope. Fortunately she was up to the job, more than making up for a plot that itself shambled slowly through the domestic life of the victim and her extended family.”

“Whether you enjoy the show depends chiefly on if you can stand her personality. Call me thin-skinned but, as Brenda Blethyn returned for a sixth series of Vera, I realised I was thoroughly fed up with her … If you don’t like Vera herself, this two-hour drama doesn’t have much else to offer.”

“Sington presents this remarkable story in the style of a one-man play … In fact, it’s all so polished, charismatic and evocative of classic American crime fiction that I actually thought Yarris was being played by an actor at first.”

“This unusual offering from the Storyville documentary strand was told by Yarris himself, looping in and out of the years of childhood, petty crime and lock-up with an author’s eye for detail …  Some might have stopped listening and if they did, they would have missed the barrage of sudden twists and revelations that went off towards the end.”

“Carnage on such a cinematic scale is rare in TV drama and director Tom Harper and his committed cast deserve every congratulation not only for making it so convincing but also wringing a primeval beauty from all this horror.”

“May’s well written, visually inventive (the drone taking the desert shots crashed, and they kept the sequence in) film rattled along like the humpity bumpity army truck from which, May argued, even the clawless Fiat Panda ultimately derived.”