TV Critics: Virgin Atlantic: Up In The Air; Benefits By The Sea; Imagine: Beware Of Mr Baker; unReal

“Offers, as far as I can tell, nothing fresh to the body of knowledge. I’ve been more entertained waiting at a baggage carousel.” 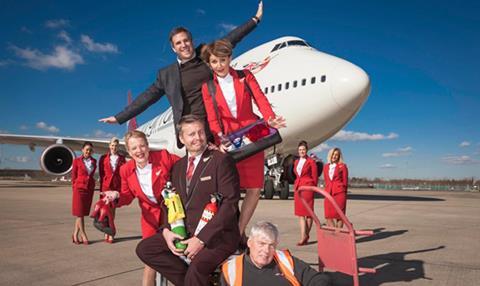 Virgin Atlantic: Up In The Air, ITV

“The key to the success of any TV programme like this is that the viewer must be able to engage with the characters on screen — and where the BA series failed, this one does not.”
Claudia Connell, Daily Mail

“It’s about an airline, flying, travel, glamour, beef or chicken, cross check, doors to manual … that’s always going to be fascinating isn’t it? Well yes, if it wasn’t so familiar. Because this is almost exactly the same as the BBC British Airways one (A Very British Airline) last year. That, too, had new planes, with new interiors to be chosen, and an old plane with a mechanical problems. They were recruiting, there was staff training, emergency simulation, sliding down the chutes … I don’t remember very much about it (so it can’t have been that good – and, again, there weren’t any stand-out characters), but it was better than this one.”
Sam Wollaston, Guardian

“Offers, as far as I can tell, nothing fresh to the body of knowledge. I’ve been more entertained waiting at a baggage carousel.”Matt Baylis, Daily Express

Benefits By The Sea, Channel 5

“In among the host of scallies were people who genuinely deserved better than their wretched existence. People like single dad Carl, who seemed to be doing the best he could for his two teenage daughters; or 17-year-old Louise, who wanted to pass her exams and become a care assistant. But what good will yet another programme like this do them?”
Claudia Connell, Daily Mail

“Can they turn their fortunes around? That’s not a question but another, rather tiresome genre of television programme that’s become popular of late.”
Matt Baylis, Daily Express

“This wasn’t really an Imagine at all, just a buy-in of a prizewinning 2013 American documentary. Never mind, it was on television and it was terrific.”
Andrew Billen, The Times