“It is safe to say that this is the greatest TV costume drama of the past decade.” 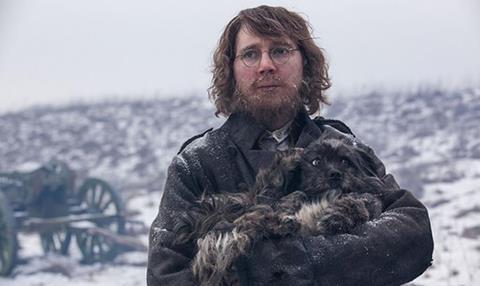 “Davies admitted an interview with The Telegraph that War and Peace should have been eight parts rather than six. I can’t help but agree as, although until tonight’s episode the 1,400 pages of the novel had been
paced remarkably well considering, the conclusion feels a little rushed.”
Matilda Battersby, The Independent

“Never mind the plot, though. It’s not the point. From the bear-baiting Bolshoi Bullingdon antics of the young men, to whole phalanxes of plotting princesses, all of this was beautifully done.”
Hugo Rifkind, The Times

“In the wake of an astonishing feature-length final episode, the best of the run, it is safe to say that this is the greatest TV costume drama of the past decade and has raised the bar in a genre for which we are
already renowned all over the world.”
Ben Lawrence, The Telegraph

“Though it has not been without flaws, this six-part vision of the Tsarist aristocracy’s absurdly romantic existence has been exhilarating … War and Peace is one of the most wonderful things ever shown on TV.”
Christopher Stevens, The Daily Mail

“It’s neat, and smart, that East German motives here are properly tackled. Yes, they all snaffle the treats of the West when they can, but they’re also sincere and scared. My only doubts, plotwise, come from a fear that it might all turn out to be a little episodic.”
Hugo Rifkind, The Times

“Spender’s film was so besotted with its own cinematographic devices (slow-mo horses, black and white sequences with one rider picked out in colour for effect) that it forgot to tell the story properly.”
Stuart Jeffries, The Guardian