TV Critics: World of Weird; Conviction; Bake Off; Our Girl

“World of Weird was like tumbling down a rabbit hole and ending up in the early Nineties.” 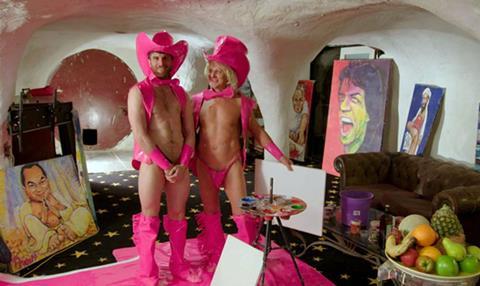 “World of Weird made for an entertaining, if not exactly edifying hour. It has a tolerant, live-and-let live attitude toward its subjects, and it was occasionally very funny.”
Tim Dowling, The Guardian

“World of Weird was like tumbling down a rabbit hole and ending up in the early Nineties. This was the kind of derivative schedule-padding you’d expect to find on Channel 5 or in some far-flung corner of cable television.”
Michael Hogan, The Telegraph

Conviction: Murder at the Station, BBC2

“There is only one satisfactory way for a miscarriage of justice documentary to end, and that is with the wrong man freed. The concluding half of the riveting Conviction: Murder at the Station could not provide that. As false leads frayed, we were left with the sound of Kearney’s voice on the phone from prison; a voice that, to me at least, rang with less conviction each time I heard it.”
Andrew Billen, The Times

“The inconclusive climax to Conviction: Murder At The Station was oddly satisfying. The more Shorter, a former BBC producer, probed the case, the more inclined I was to believe Kearney did it. I’d love to hear Kearney’s responses fed through a lie detector because, every time he opened his mouth, lights would flash and alarm bells ring.”
Christopher Stevens, Daily Mail

“Each episode of The Great British Bake Off is becoming like an elegy for departing friends. There are now a mere four instalments remaining of the contest in its current incarnation on the BBC – that’s four more weeks to wallow in one of the most perfectly constructed TV shows in recent memory.”
Michael Hogan, The Telegraph

“It all felt as though the show’s ingredients had been chucked together in a hurry. More proof, you might say, that the BBC was becoming complacent about its biggest show. Perhaps that’s how they managed to lose it. Butterfingers.”
Christopher Stevens, Daily Mail

“The charming thing about Ms Keith’s programme is that it panders to that picture postcard stereotype while revealing a very different history underneath.”
Matt Baylis, Daily Express

“We’re nearing the finale of Our Girl now and the tension dial is turned up to 11. This series has been edge-of-the-seat from the start and continued that way last night.”
Matt Baylis, Daily Express