Angela Black; Tom Parker: Inside My Head; The Larkins 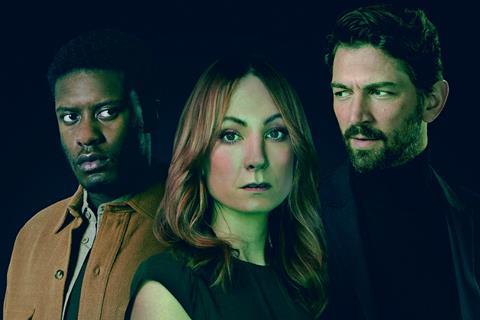 “More than ever at this point, it is Froggatt’s performance that stops the story drifting into absurdity or becoming a trivialising, exploitative endeavour. This, I suppose, is good enough. I hope it remains so for the rest of the run. Five hours of tightrope-walking is a big undertaking and although the will to succeed is undoubtedly there, we have seen promising starts descend into simple revenge thrillers or bog-standard ITV drama pits before.”
Lucy Mangan, The Guardian

“There are shades of the Julia Roberts film Sleeping with the Enemy here – it would be no surprise if Angela opened a kitchen cupboard to find all the tins lined up in perfect rows – and you need to make peace with the fact that it takes a subject as grim as domestic violence and gives it the schlock-horror treatment. But the script goes down some mad avenues.”
Anita Singh, The Telegraph

“It is ambitious to balance a tough domestic violence drama with something more theatrical and here, while the realism and mystery elements worked in their own right, the two felt slightly disconnected.“
Rachael Sigee, The i

“That’s the problem with Angela Black, a tense domestic drama about violent abuse. Bits of it don’t add up.”
Christopher Stevens, Daily Mail

“Domestic violence is obviously an important subject that drama should address. I just don’t think that this garish thriller is the way to go about it.” Carol Midgley, The Times

Tom Parker: Inside My Head, Channel 4

“It was perhaps the sole positive to take out of an hour in which we witnessed a good man being dealt a bad hand, and trying to come to terms with the unfairness of it all.”
Benji Wilson, The Telegraph

“It was unspeakably sad, but also deeply moving. His calm courage is an inspiration.”
Christopher Stevens, Daily Mail

“This was a film about so many things: cancer treatment during Covid, the specific cruelty of brain tumours, the gruelling reality of treatment, the inequality of accessing the latest medicine and a young family facing an unpredictable future with courage. Heartbreaking and hopeful in equal measure, it was a privilege to watch.”
Rachael Sigee, The i

“Far from being a sunny bucolic paradise, the fictional village of Littlechurch comes across as a cloyingly class-ridden, almost feudal sort of place, and bewilderingly archaic to modern eyes. I don’t believe that rural life in 1958 was half as blissful as it is painted, even for these purposes, and if it was it’s even more irritating, if you see what I mean – I found myself wanting the county council to build one of the early motorways next to it, and Bovis Homes to turn up with the bulldozers and planning permission for a “stunning development of 800 new executive homes”, as they say.”
Ed Cumming, The Independent

“The cast was quality: Robert Bathurst played the local thespian, not unlike his character David in Cold Feet, which is fine by me. Peter Davison as the swearing, smoking, hungover vicar was excellent. You probably noticed that Walsh’s son Barney was the village bobby (maybe father and son come as a Bogof?), but he did fine. And although the shenanigans over Miss Pilchester’s cottage were silly, it made for warm Sunday night comfort pudding, without “perfick” being heard once.”
Carol Midgley, The Times