“The whole show is a study in wholesome parsimoniousness, a celebration of the steady, a hymn to the reliable. It never flies too close to the sun, but it always flies” 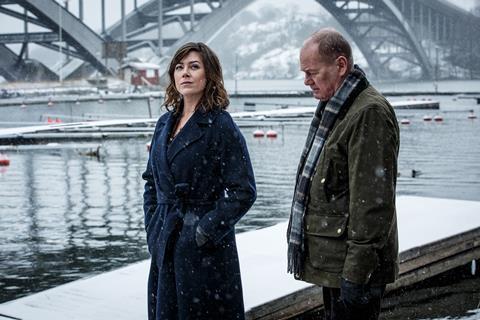 “This is the eighth series of the sturdy Swedish detective drama, starring the magnificent Martin Haber as the lugubrious, dementedly normal Martin Beck, but only the 39th episode. The whole show is a study in wholesome parsimoniousness, a celebration of the steady, a hymn to the reliable. It never flies too close to the sun, but it always flies, with the writers, Haber and Martin Beck himself seeming determined to prove that less is more. Anyone coming to this episode fresh would likely decide that Beck was an average but watchable crime drama, reliant on the usual cop show gimmicks, but for those who have been watching since the late Nineties, Beck is a welcome old friend.”
Chris Bennion, The Telegraph

“Beck, with its close-knit team of contrasting characters, more resembles a cosy police procedural than the often-sadistic psychodramas played out in The Bridge and its ilk. The opening episode was a fairly straightforward tale about a drugs gang whose main purpose seemed to have been to introduce a new cop to the team – a hot-headed undercover officer called Josef. This was good news because the show has lacked such a loose cannon since the departure of Stockholm’s very own Dirty Harry, Gunvald Larsson, in series six.”
Gerard Gilbert, The i

“Every time I watch Beck, I hope it’s going to be better than it is, because the books on which it’s distantly based are so good. In those novels, by Per Wahloo and Maj Sjowall, Martin Beck is perpetually miserable. He’d be really depressed if he knew what the TV version was like.”
Christopher Stevens, Daily Mail

“The opening moments carried the promise of a Philomena Cunk-style mockumentary. Alas, the programme did not proceed in this fashion. It was an otherwise perfectly sensible examination of the breakdown in relations between Princes William and Harry, a matter of legitimate public interest given that one of them is our future king.”
Anita Singh, The Telegraph

“While the first episode took a more sympathetic tack, suggesting that being brought up by a tyrannical father normalised atrocious behaviour for her, here the gloves were off. This was certainly a more vigorous, forensic episode than the first. Most of this material we knew, but it was well packaged.”
Carol Midgley, The Times

“Both as a true crime story and a psychological study, the film is fascinating as far as it goes. But it leaves many questions unanswered and not only because Maxwell has yet to answer her accusers in court.”
Christopher Stevens, Daily Mail