“This was a thought-provoking documentary – with a quality that social media positively hates: nuance” 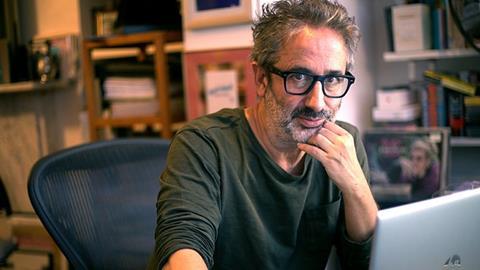 “Last year David Baddiel made a documentary in which he sat in a room talking to a Holocaust denier. Last night, in his film about social media’s dark side, he lay down inside an MRI scanner and was bombarded with abusive, hate-filled tweets that had been written about him, which ranged from calling him a terrible comedian, to a “right-wing Jew” to a straightforward “c***”. Have a nice day at the office, dear?”
Carol Midgley, The Times

“This is a thoughtful and mature documentary that considers whether online rage has real-world consequences. Baddiel has experienced antisemitic abuse on Twitter, where he has 785,000 followers. He has had brushes with what is called “cancel culture” and “callout culture”, when users have criticised his use of blackface on TV in the 1990s, for which he has apologised. He is also a self-confessed social media addict – by which he really means Twitter, his primary focus here – and self-aware enough to admit that while he feels he needs it to promote his work, he also understands that he has a psychological need for an audience, and by extension, for audience approval.”
Rebecca Nicholson, The Guardian

“Baddiel ended on a positive note. One of his first posts concerned his father’s ailing health, attracting a flood of sympathetic messages – the tweeters not shouting just to be heard. Self-justification for someone who admitted that he uses Twitter to sell books and tickets? Perhaps, but this was a thought-provoking documentary – with a quality that social media positively hates: nuance.”
Gerard Gilbert, The i

“The programme became a self-indulgent exercise in which he focused too much on his own Twitter use, which is both a tool for promotion and the result of a constant need for approbation. At one point, he took a two-week Twitter break. Four hours after logging out, he looked dreadful.”
Anita Singh, Telegraph

“This was Succession at its best, filled with juicy morsels – the Roy siblings playing Monopoly; Willa’s grudging acceptance of Connor’s proposal (“How bad can it be?”); Cousin Greg pursuing the European countess, eighth in line to the throne of Luxembourg; Roman failing yet another test as he accepts the coffee while Logan and Lukas decline… But the whole shebang focused back exactly on what matters – the Roy siblings and their fates, each of them hamstrung, ultimately, by love. The role that Tom (Matthew Macfadyen, sheer brilliance) plays in the episode is so perfect that I wouldn’t want to give it away to anyone.”
Chris Bennion, Telegraph

“The third season of Succession started well then perhaps wandered a little far into the corporate weeds and let the family stuff, the emotional heft, fall by the wayside. But the second half gathered everything back up and the last four or five episodes were first-class rehearsals for the sheer perfection of the finale”
Lucy Mangan, The Guardian

“Masterfully orchestrated by showrunner Jesse Armstrong, it was part Shakespearean tragedy, part revenge Western, and, as always, spiced with delicious comedy.”
Gerard Gilbert, The i

“It’s hard to hide how tacky the basic concept is. When it boils right down, this is a hen night for a good cause. Unless you enjoy seeing soap stars and Love Islanders jiggling like nightclub dancers, much of the show is weary viewing. But anything that helps to save lives can’t be a bad thing.”
Christopher Stevens, Daily Mail