“Tinie Tempah’s first property show and he’s making a confident job of it. The rapper is an enthusiastic amateur architect” 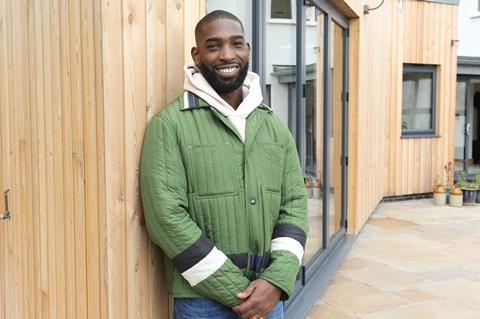 “The programme’s fun, maximalist lens seems to be his own: revamping properties for the hell of it, rather than for any real purpose. And fair play – it’s a lot more fun to watch.”
Barbara Speed, The i

“This is presenter Tinie Tempah’s first property show and he’s making a confident job of it. The rapper is an enthusiastic amateur architect. In fact, that enthusiasm is too much for some.”
Christopher Stevens, Daily Mail

“It was instructive to learn that 50 per cent of patients who undergo bariatric surgery put on weight again within two years of the operation. Programmes such as this show that there is no fairytale ending. But watching it made me feel a bit grubby. Are the filmmakers trying to help Mason, or was this merely a voyeuristic enterprise just like the tabloid headlines?”
Anita Singh, The Telegraph

“We have a mishmash of facts and stats to get through, assembled in as fragmentary, non-linear and repetitive a way as possible. Most of the running time is chaos, but it doesn’t disguise the fact that what we’re really doing here is measuring from base to tip and coming to conclusions.”
Lucy Mangan, The Guardian

“Things move fast in Shetland, but I am kind of hooked. I enjoy its dour restraint, with the notable exception of that ridiculous street chase. But the moments with Duncan (Mark Bonnar), terminally ill killer Donna and her palliative care nurse Meg, who clearly has the hots for Perez, have the stamp of pure quality.”
Carol Midgley, The Times

“I know Cox isn’t everyone’s cup of tea, but he’s very much mine. I could listen to his grand, dramatic speeches about tortured planets and violent suns all day, even when I don’t understand it. He has rock’n’roll-ified space (love the music choices), yet he hasn’t compromised quality. Last night he explored humanity’s search for alien life and fixed on K2-18b, a planet discovered by the Kepler space telescope. It’s 124 light years from Earth, eight times its mass and has water vapour in its atmosphere. OK, the script is sometimes repetitive and, as Cox said, much of this was “informed speculation”, but this is exactly the sort of TV the BBC should be making.”
Carol Midgley, The Times