The Tower; Inside the Care Crisis with Ed Balls

“It maintains the collective cultural awareness of a horror in our midst.” 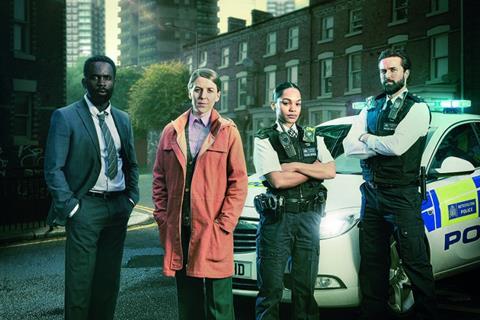 ”There was a Line of Duty-ish “what are these coppers hiding?” vibe, and while mostly well written, it had clichés too….But it was bleakly enjoyable and having watched ahead, it’s not a bad investment. Things are more complex than they seem. It’s always good to see Emmett J Scanlan, who is clearly playing a dodgy bloke, because Scanlan usually is. I think I would have enjoyed it more had I been able to hear it properly. Was it just my old ears or were the actors going for a mumbling level worthy of The Wire? Have the Q-tips ready for part two tonight.”
Carol Midgley, The Times

“On the one hand, it maintains the collective cultural awareness of a horror in our midst that should not be ignored or denied. On the other, it risks becoming a cliché. Still, we are not quite there yet and The Tower weaves this in credibly and unobtrusively as part and parcel of a police force’s day, just as it does Sarah’s background estrangement from her parents and her raw sorrow at the breakup with a girlfriend who has since happily coupled up and had a baby….None of it is groundbreaking – not that it necessarily needs to be – but it is satisfyingly done. Whelan can always be relied on for a convincing performance and this plays to her strengths.”
Lucy Mangan, The Guardian

“It was well-paced, which is to be expected from Homeland writer Patrick Harbinson. The Tower is based on a novel by Kate London, a former detective constable with the Met, so the policing details should be correct. The idea that coppers spend their time dealing with neighbour disputes and bantering in the car about their fast food intake felt truer to life than a lot of detective shows. That’s not to say everything was accurate. I’ve never seen a body that has fallen off a tower block, but I should think they look a bit more of a mess than the pair we saw here. The dialogue could be clearer, too, with some actors garbling their lines or mumbling at their shoes. These aren’t major gripes, though.”
Anita Singh, The Telegraph

“Compared to the histrionics of Line of Duty, it is a more muted kind of conspiracy. We wait to see how it unfolds, but you get the impression there isn’t much pure evil here, more opportunists and easy-life seekers. Shaw, gruff of voice, broad of back and bearing a suspicious tattoo, is obviously set up to look like a wrong ‘un. We cannot rule out the possibility that he has taken mob money to pay for his beard-care regime. It’s mostly Whelan who holds the interest. Cutting an embattled figure among all these suspicious men, she is all determination, only occasionally rising to the bait being thrown her way. It’s lucky, or rather good casting, that Whelan is good enough to do a lot with what she’s not saying.”
Ed Cumming, The Independent

”As it is written by a former serving officer, I had also hoped London’s source material would throw up more insights into the police’s “canteen culture” (much in the news since Sarah Everard’s murder), but from what little we did see, things don’t seem to have improved much since the days of Prime Suspect. And The Tower’s mystery element? I’m intrigued enough to continue, but if it turns out that the bent cop is part of the OCG, I’m boycotting series two.”
Gerard Gilbert, The i

Inside the Care Crisis with Ed Balls, BBC2

”It was the sort of immersive experience that TV loves and at which Balls is becoming increasingly adept. Unsurprisingly, the staff felt undervalued. “We’re nothing are we? Unskilled workers, us,” said one, Alison, with barely concealed bitterness. And Balls’s experiences – which included washing a 94-year-old woman – illustrated that a plethora of intimate and subtle skills are covered by that catch-all term “personal care”.
Gerard Gilbert, The i