Close To Me; Showtrial; Worzel Gummidge: Guy Forks; In My Skin; Doctor Who 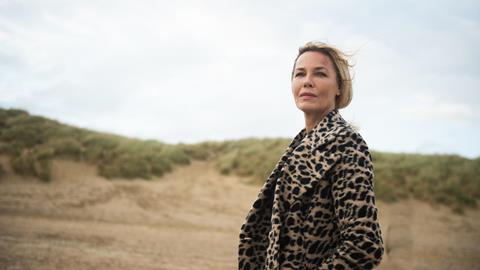 Close To Me, Channel 4

“The problem with the first episode of Close to Me is that it didn’t execute its premise very well. The cast was good, but the delivery strangely stilted and unnatural as if they were all in a hostage situation. No one knows people like this. I do realise this may be intentional.”
Carol Midgley, The Times .

“For all its adherence to the psychodrama/mystery genre, Close to Me is gratifyingly full of realistic grace notes. When she notices the weight loss and the contact lenses, for example, Jo asks Rob outright if he’s having an affair, and mutters incredulously to herself when she finds he has brought her painfully skinny jeans to change into before she leaves hospital, still bruised and battered. The marital banter, so rarely credible in drama, is a treat here.”
Lucy Mangan, The Guardian

“The disorienting trauma of the situation was constantly evident on Neilson’s stricken face, but Close to Me wasn’t especially interested in the nuances of what it might feel like to lose a year of memories. Instead, it chucked absolutely everything at the story. Not only did the circumstances of Jo’s fall become increasingly suspicious but she also started having sexy flashbacks involving someone with a snake tattoo, and found a condom in her coat pocket. If this sounds pulpy, it was made even more so by the wry, Gone Girl-style voiceover that intermittently pops up.”
Rachael Sigee, The i

Hollywood star Connie, best known for blockbusters including Gladiator and Wonder Woman, is stridently convincing as a wife who has carried the entire weight of her marriage on her shoulders for too long.”
Christopher Stevens, Daily Mail

“Céline Buckens somehow manages to make the lead rich bitch Talitha obnoxious yet not entirely unsympathetic; rude and selfish yet also oddly charismatic. It is a mesmerising performance in which, slowly, Talitha shows vulnerability, at times becoming almost likeable (but not quite).
Carol Midgley, The Times

“The script, written by Mackenzie Crook, who also directs and stars as Worzel, is crammed with lively touches like that. Toby Jones had great fun as all six members of the village Bonfire Committee, sporting a wild variety of facial hair. I especially enjoyed the way Worzel dismissed a hole in the story, when the children (India Brown and Thierry Wickens) complained that they didn’t understand why the Guy was so keen to be burned. ‘That don’t matter, do it?’ shrugged Worzel. ‘Lots of things I don’t understand!’ If only Doctor Who could be so brisk and witty.”
Christopher Stevens, Daily Mail

“In My Skin plays on how precarious life can be and a tender first kiss with Cam was immediately tainted by the discovery of her mum in a cinch with another man. It’s a show that jerks you around emotionally, unafraid to offer its heroine – and its audience – hope and heartbreak in equal measure. But what In My Skin does beautifully is that it allows Beth to be a teenager as much as it does a victim of circumstance, without ever losing sight of how high the stakes are for her. There isn’t another show on television like this and it continues to be as gritty and gorgeous as ever.”
Rachael Sigee, The i

“So many threads are being pulled at once that it’s hard to know which will actually end up being important. It’s confusing, but to the show’s credit, it keeps things interesting. I don’t know what’s going to happen next, because, quite frankly, I don’t really get what’s happening now. But (and perhaps this is what a past life as a Doctor Who fan does to you), I’m still quietly positive the show will turn this around. Flux’s self-contained story is a bold choice for Doctor Who and it would be a shame (and a surprise) if Whittaker’s last proper outing as the Doctor was wasted.”
Isobel Lewis, The Independent