Hawking: Can You Hear Me?; Manhunt: The Night Stalker; Alma's Not Normal

“It was a breathtakingly honest, multilayered appraisal” 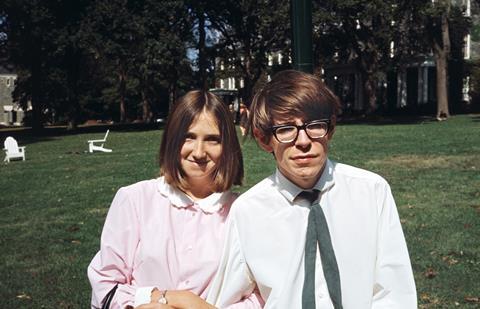 Hawking: Can You Hear Me?, Sky Documentaries

“His genius is in no doubt, but the documentary concentrated on the personal: his disability and his close relationships. His first wife, Jane, and their three children, Lucy, Robert and Tim, were among the contributors, and they didn’t sugarcoat the story. It may have highlighted his faults, but the documentary also captured Hawking’s humour and sense of mischief. And as his daughter said: “One of the likeable and heartwarming things about him is that he is in many ways the opposite of an ivory tower genius – he’s a real human being.””
Anita Singh, Telegraph

“It was a breathtakingly honest, multilayered appraisal, not only of Stephen Hawking, but of the effect his global adulation and illness had on his family. It never lost sight of Hawking’s brilliance, both intellectually and in defying motor neurone disease to live 50 years more than predicted, but also explored something often overlooked: the spouse-carer’s exhausting, often thankless, lot.”
Carol Midgley, The Times

“You could easily fill a documentary with stories of his genius. What Hawking: Can You Hear Me? (Sky Documentaries) did was take on the trickier task of illuminating the man and examining what it took, from him and all those around this hyper-focused, hyper-competitive mind, to accomplish all that he did.”
Lucy Mangan, The Guardian

“As much a film about an incredible mind trapped inside a failing body, this was also about a family trapped within an unique and unpredictable dynamic. It left no doubt that these people loved him but it was equally clear that nothing about that love was easy.”
Rachel Sigee, The i

“There was nothing tacky or sensationalist about the programme. The crimes themselves weren’t recreated on screen. It kept a respectful distance from the victims while conveying the horror of what they went through. Like the first Manhunt drama, which followed DCI Sutton’s investigation into Levi Bellfield, its focus was on the work which went into catching a dangerous criminal.”
Anita Singh, Telegraph

“Generally I am sceptical of dramatic adaptations of true crime. Too often they are voyeuristic, sensational, titillating or insensitive. Otherwise, in an attempt to be entirely faithful to true events, they become bogged down in the tedium of day-to-day police work. Manhunt leaned towards the latter, focusing on issues of understaffing and bureaucracy as barriers to solving the central mystery. While some of the dialogue was clunky and the pace was rather slow moving, Manhunt’s second outing was as solid and competent a watch as the police work it depicts.”
Rachel Sigee, The i

“It wasn’t a hugely eventful opening episode (there are four in total, showing on consecutive nights this week), but its strength was in resisting gaudy reconstructions of the rapes or glamming up Sutton’s role. He was a meticulous grafter, more accountant than Poirot. Here is policing’s humdrum administrative side. “You’re chronically understaffed, aren’t you?” was one of his first, un-Sherlock-like deductions. Not cliffhanger stuff, but real and true.”
Carol Midgley, The Times

“Earlier this year, the pilot for Alma’s Not Normal won a Bafta for its creator, writer and star Sophie Willan, who promptly went viral for running around a farmyard in her fancy gown, screaming in rapturous celebration. If there is any justice, the series proper will give Willan, who based some parts of this on her own life, plenty of opportunities for a repeat performance. It is a breath of fresh air, a resolutely British, properly northern, grownup comedy that manages to turn its bleak-on-paper subject matter into a rude, witty and audacious show.”
Rebecca Nicholson, The Guardian