​It Takes a Flood; What We Do in the Shadows; The Premise; Celebrity Antiques Road Trip 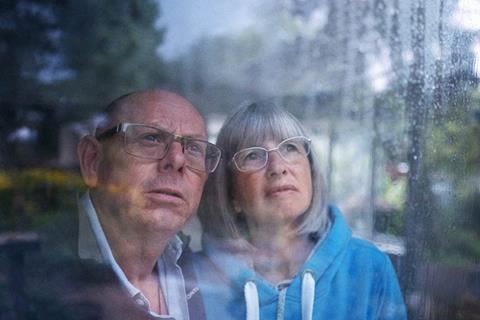 It Takes A Flood, ITV

“You don’t get an Oscar-winning director doing that kind of thing, though, and Kevin Macdonald’s film was a more emotive and alarming wake-up call altogether. Given the weekend’s floods, it also arrived with the timing of a particularly unerring weather forecast. Over the opening apocalyptic clips came a comment from a man in Hawick, southern Scotland, that would more accurately define the hour: “Until these things happen in reality to you, you’ll never understand how it feels inside.” The accounts offered at least some idea as they brought home the personal cost of flash floods, which are at best frightening but just as often ruinous.”
Jack Jackson, The Times

“This breadth of experience is a strength of the film. Filmmaker Kevin Macdonald and his colleagues skillfully weave abundant mobile phone footage, archive news reports and fresh eye-witness accounts to build a picture of Britain as a very fragile and increasingly soaked little island.”
Sean O’Grady, The Independent

”It was a moving watch, and shocking, too. Footage of houses collapsing into rivers sent shivers down my spine.”
Emily Baker, The i

“Yet this meditative documentary was more than merely a warning about the devastation caused by the climate crisis. It was also quietly uplifting, as Macdonald bore witness to the ways in which the existential challenges posed by flooding had brought communities together.”
Ed Power, The Telegraph

“While little was offered by way of a recap, their characters are so well-defined that even a newcomer could quickly get into the swing of things.” Emily Baker, The i

“These are two of the most silly-yet-smart comedies on the box, although I can’t help but feel a bit of over-familiarity creeping in with the basic Shadows joke”
Jack Jackson, The Times

“The episode starts to founder and grab at straws, in trying to find the premise. One solid line of inquiry is the futility, or not, of online sloganeering; among the few moments that elicited a laugh was the state lawyer trawling through Ethan’s Twitter history, pointing out that he called for the police to be abolished in one tweet and for more law enforcement at a Tame Impala concert in another. But this is a cheap joke. Other themes are thrown up with little thought about where they will land.”
Rebecca Nicholson, The Guardian

“It was clear that many, many topics were off-limits. Jerry was not asked about exes Mick Jagger or Bryan Ferry, let alone what it was like to live with a real-life media mogul who is one of the inspirations for Logan Roy from Succession. She did consent to demonstrate the catwalk strut.”
Christopher Stevens, Daily Mail