“For a story so often told it felt fresh and, for that reason, all the more wretched” 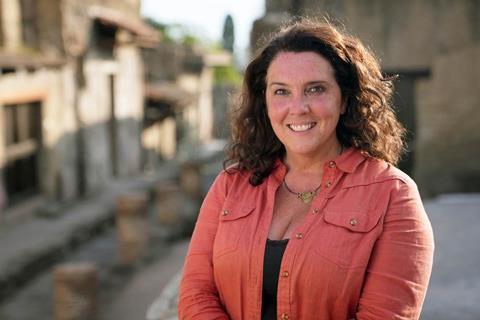 Pompeii: Secrets of the Dead, Channel 5

“What happened at Pompeii and Herculaneum is well-trodden ground, so I didn’t expect to learn a great deal that was new. But presenter Bettany Hughes set about using forensic evidence to personalise five of the victims — a young boy, a soldier, a slave, a caretaker and a pregnant woman. In doing so the show became a kind of historical Sherlock. Hughes’s enthusiasm was infectious as she walked among the ruins and hopped onto boats with her magnificent neckline. For a story so often told it felt fresh and, for that reason, all the more wretched.”
Carol Midgley, The Times

“History demands imagination to bring it to life. Bones and stones aren’t enough — we need a spark of theatre. Professor Bettany Hughes brought that in boatloads as she delved into new discoveries and evoked the destruction of a Roman city in Pompeii: Secrets Of The Dead. She helped us see those familiar plaster casts of the volcano’s victims not as museum pieces, but as completely human.”
Christopher Stevens, Daily Mail

“When TV executives hit on a winning formula they don’t half hump the living daylights out of it. This show is by no means the worst of the genre: as it happens, woodwork is nice to watch and the skills seen here were remarkable. But — woodwork, sewing, baking, whatever — this format is basically Groundhog Day.”
Carol Midgley, The Times

“Ava DuVernay tells Kaepernick’s story in a distinctive scrapbook style. Graphics and newsclips torque together, doodles scrawl across the screen, and scenes spool back and forth for dramatic and comedic effect. It sounds unwatchable: Spike Lee on Sunny Delight. But it is actually zesty and kind of fun. But this zippiness underscores how clod-footed the rest of the series is. This has nothing to do with its message. Instead, it’s that Kaepernick’s biography as told here isn’t all that remarkable – or interesting.”
Alex Diggins, The Telegraph