“It elevates half-wittedness to something approaching an art form.” 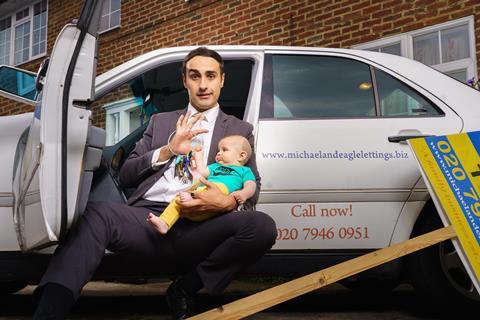 “It elevates half-wittedness to something approaching an art form. Whether it’s because his English is sketchy or simply because he is just dim, Stath — the delightfully upbeat Greek-London letting agent played by Jamie Demetriou — still can’t finish a sentence without mangling words at such a pace that you may need to rewind to catch what he’s burbling about.”
James Jackson, The Times

“Stath Lets Flats trounces the competition by the sheer fact that it has the guts to be a comedy. Not a comedy-drama. Not a first-person confessional diatribe. Not a thinly fictionalised semi-autobiographical warts-and-all think-piece. A comedy.”
Chris Bennion, The Telegraph

“It’s silly, ludicrous and nonsensical – but a preference for word play and slapstick doesn’t mean the show lacks heart. Its characters may be idiots (every single one of them, no exceptions), but they’re well-meaning, expertly performed and treated with warmth by Demetriou’s script – even when speaking absolute rubbish.”
Isobel Lewis, The Independent

“This is one-note comedy — hilarious if you enjoy the sight of implausibly stupid people embarrassing themselves endlessly.”
Christopher Stevens, Daily Mail

“It was the well-defined characters and their loveable, idiosyncratic quirks that made the return to Stath’s innocent world such a delight”
Emily Baker, The i

“This episode concentrated on scene-setting, rather than storytelling. As much as Insecure is a show about navigating life as a directionless millennial, it’s also a strong testament to the highs and lows of female friendship.”
Emily Baker, The i

“Unlike so many other shows, Insecure seems determined to go out on a high, its final episodes more of a parting gift to fans than a collection of mic drop moments. It remains to be seen whether this Issa is on the right path, but it’s clear that Issa Rae is.”
Hannah J Davies, The Guardian