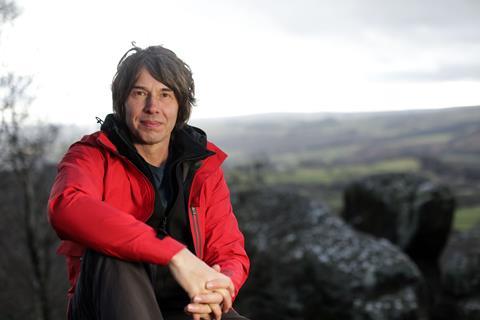 “In an hour filled with drone footage of shorelines, endless CGI of cosmic webs and musical crescendos, it doesn’t leave a lot of time for the stuff that should actually be inspiring us with awe. When he talks – with awe and passion – about the process of star formation and collapse, seeding the void with elements that initiate the birth of the universe, about the gradual building of life out of hydrogen, helium and nuclear fusion within the first stars … well, it’s wonderful in every sense.”
Lucy Mangan, The Guardian

“Nevertheless, production values were high and the enthusiastic Cox remains adept at communicating highly complex theories in an accessible manner. However, stretched across a ponderous hour-long show, his schtick began to grate. Some of the CGI visuals were Doctor Who-standard and felt strangely hollow, like a Hollywood sci-fi blockbuster. As the neo-classical soundtrack swelled, the whole thing was straining far too hard to feel epic.”
Michael Hogan, The Telegraph

“His wonderment while explaining the “incomprehensible” and “terrifying” in his soft, comforting Lancashire tones. If the end of the world was nigh, I’d want Cox to announce it.”
Gerard Gilbert, The i

“His language is theatrical and dramatic, but it is also user-friendly. He has a way with words that makes the most unfathomable things graspable.” Carol Midgley, The Times

“Few of these characters were particularly memorable, which is a problem for a series that asks us to return week after week (perhaps save it up to binge later). And the islands seemed underused, as if, after six series, Shetland was taking its eponymous setting for granted. The whole thing could have done with less plotting and more texture.”
Gerard Gilbert, The i

“Otherwise there’s precious little light relief to be found here, what with murder, dementia, stage 4 cancer, a teenage Iraqi boy beaten to death and a screaming nun. DI Jimmy Perez (Douglas Henshall) wasn’t that bad company. It doesn’t do grimness by half-measures, this drama, but you can’t accuse it of being lazy or clichéd. There is an unhurried richness to it. It takes the time to pay attention to character as much as plot, which you can’t say very often these days.”
Carol Midgley, The Times

“Other case studies were jarringly incongruous. Black student Taylor Dumpson, who sued her racist trolls, was admirable but belonged on a different programme altogether. There was a decent documentary hiding somewhere in here. Sadly, it was obscured by a frustratingly incoherent narrative and a thesis full of holes. A shame indeed.”
Michael Hogan, The Telegraph

“It’s not without its flaws: plaintive balladry intrudes on the soundtrack and occasional forays into a caper-y thriller don’t come off, but neither happen often enough to matter. Encounters with an assortment of cyphers across the evening highlight faultlines in any potential relationship – a man on the razz hours after his first child is born, another thrown out of his apartment for infidelity, exes landing in their midst like hand grenades. But it all builds towards an ending that is pleasingly honest and low-key, and wholly appropriate for a series that excels when keeping it simple.”
Gabriel Tate, The Telegraph