“Is a work of huge affection and accomplishment, sure to put a smile on the face of every Beatles fan” 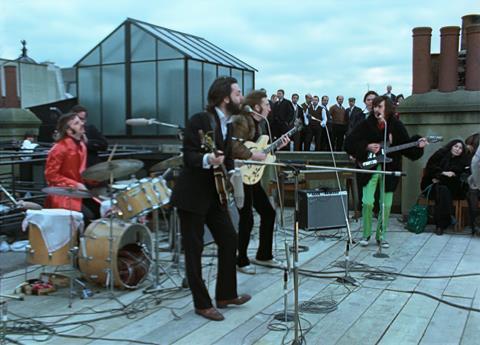 The Beatles: Get Back, Disney +

The Beatles are back, in living colour, captured in their creative prime writing songs, playing music, cracking jokes and making pop history. Five decades since they broke up in disarray, this much hyped documentary restores some sweet harmony to the final act of the world’s most beloved (if occasionally dysfunctional) band… Peter Jackson’s painstaking restoration of footage from the Let It Be recording sessions in January 1969, is a work of huge affection and accomplishment, sure to put a smile on the face of every Beatles fan. But be warned, there may be some grimacing and yawning and worse along the way, and not just from the Fab Four themselves. Because painstaking is the operative word…The problem for Disney, I fear, is that Jackson’s obsessional curatorial approach means that this epic documentary takes a very long time to achieve lift off.”
Neil McCormick, The Telegraph

“The moments of inspiration and interest are marooned amid acres of desultory chit-chat (“aimless rambling”, as Lennon rightly puts it) and repetition… It is 40 minutes of untrammelled joy, but it is an inordinately long and winding road to get there. You wonder how many viewers will last the distance and if any, other than the aforementioned maniacs, will take it more than once.”
Alexis Petridis, The Guardian

“Jackson claims it’s “a documentary about a documentary”, but that’s disingenuous. Using Lindsay-Hogg’s footage, supplemented only by the occasional helpful caption, Jackson has recast a tale hitherto set in stone…Yet, Jackson doesn’t do crude and the band in question is The Beatles. Without descending into visual hagiography, the picture he paints is deeper, more upbeat and much more tender than Lindsay-Hogg’s. Most intriguingly, each Beatle is newly nuanced, particularly Lennon and McCartney.”
John Aizlewood, The i

”It is a monument to The Beatles, enormous and revealing, which acts as a bulwark against the endless books and articles and chatter about them by simply showing them as they were. In part, it is a corrective, but it is also a fortification. Any future assessment of the band and its members will have to measure up against the people we see here…Another filmmaker might have felt pressured to cut the footage more dramatically or impose a stronger sense of his own narrative on things. Secure in his reputation, Jackson is content to keep a gentle hand on the tiller. Long sections of composition and improvisation and conversation are allowed to run and run. A common complaint of cultural documentaries is that you don’t get to see the magic happen: well, here it is, two and a half geniuses and Ringo Starr sitting in a room, snapping at each other and still coming up with songs that mean something to everyone you know. The films go on for so long that by the time we get to their rooftop gig at their offices in Savile Row, you feel like you’re in the band yourself. There is a sense of relief, verging on euphoria.”
Ed Cumming, The Independent

“This documentary was shocking but probably not that surprising. It was certainly uncomfortable viewing, and a powerful advertisement for single-sex schools…It felt like a breakthrough moment, but how sad that it needed the BBC to start this conversation.”
Roland White, Daily Mail

“If you have been following the many twists and turns, you might have been a little disappointed. After all that, it was a domestic… Is there another detective series in which so many interviews or crucial encounters are accompanied by the sound of waves crashing on beaches? Or it is just a Shetland thing?”
Roland White, Daily Mail

“Shetland is classy entertainment, although I wouldn’t recommend watching it if you’re depressed. Or anxious. Levity is not to be found here. Something else bothered me too. Perez (Douglas Henshall), whose arrest for covering up an assisted death, tees up the next series, wore a Shetland wool jumper with no T-shirt underneath. Utterly horrific. That’s itching hell. But then he is a hair-shirt kind of chap.”
Carol Midgley, The Times

“The real strength is perhaps in the opening few minutes. Hart and his team have to negotiate a fan’s overtures – aggressively well-meaning? Intentionally or unintentionally racist? – work out the material for a show (with the writer’s contributions lightly devalued at every turn), and try to find some grace under pressure, lucrative though that pressure is. I have seen less of that on screen than I have of unwieldy bodies being stuffed into suitcases, and it’s a truer story more worthy of following.”
Lucy Mangan, The Guardian