The Girl Before; Strictly Come Dancing; The Weakest Link; Gomorrah 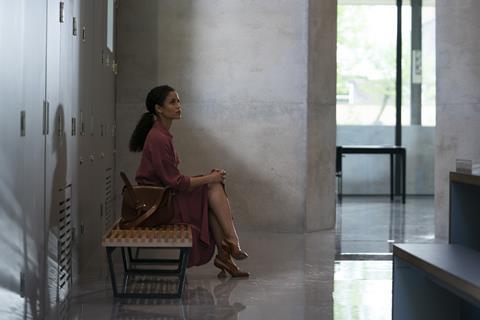 The Girl Before, BBC1

“At points, it is admirably sinister. The house is truly horrible, like a Bond villain’s sauna, a tomb-like space whose brushed-smooth surfaces urge flight. Oyelowo’s performance has plenty of muted menace, and Mbatha-Raw is convincing as a woman intelligent enough to realise something’s amiss…But while the dual narrative structure creates a sense of foreboding and of history repeating itself, it comes at the price of undermining some of the dramatic tension. Every time the claustrophobia builds, we are thrown back into another timeline. Perhaps because the house is one of the stars, sometimes things feel a little static. The director, Lisa Bruhlmann, cut her teeth on Killing Eve, and at times you can see echoes of that series’ more kinetic approach, as she tries to bring all the drab concrete to life. It’s only partly successful. ”
Ed Cumming, The Independent

“Every man in this drama is awful. Simon is far from being the ideal boyfriend. Emma’s colleague is a boorish nightmare. A detective dealing with Emma is uncomfortably pushy. Jane’s doctor is horribly insensitive…The women, by contrast, are sympathetic. Strong writes with real understanding about Jane’s grief over her stillbirth. It’s just a shame he hasn’t done more work on Edward’s character. Perhaps in the novel we could see why he’d be considered even remotely attractive. At least in Fifty Shades of Grey, Christian was a billionaire with a cool helicopter and Jamie Dornan levels of handsome. Edward has nothing to offer beyond his control freakery.”
Anita Singh, The Telegraph

“Aside from two awkward dancing scenes, the confident first episode was atmospheric and stylish. It is tricky to balance heightened mystery with such weighty subject matter but so far, The Girl Before is an intriguing premise, clinically executed.”
Rachael Sigee, The i

“It is painfully slow. In places, it’s like watching concrete set…It’s also horribly bleak. One woman has suffered a stillbirth, the other a rape at knifepoint, both of which are described in detail…Clearly, minimalism is unhealthy for the soul. What Ed, Jane and Emma need is a three-piece velour suite and a shelf-load of holiday souvenirs. That’ll cheer them up.”
Christopher Stevens, Daily Mail

“Red flags are floating in a pool of the brain matter that has peacefully deliquesced over the last hour and leaked gently out of your ears. That too is part of the fun.”
Lucy Mangan, The Guardian

“Like many Strictly finals this was more an exhibition than a competition, a time when the judges become more cheerleaders than harsh adjudicators. And they were handing out tens like a dame handing out sweets at a panto…that heartbreaking moment when the music stopped and we entered Rose’s silent world, a sign of what an extraordinary achievement it was for her to have danced so gorgeously, using counting and vibrations to keep time. Even Scrooge’s tear ducts would have been exercised at this moment.”
Ben Dowell, The Times

”Ayling-Ellis’s remarkable Strictly streak has been a feel-good story straight out of Hollywood. With her hearing difficulties making it impossible for her to follow along to the music, she has kept time through muscle memory and by counting her steps. Yet she has overcome these obstacles in hugely moving fashion. With the disabled still under-represented on the airwaves”
Ed Power, The Telegraph

“This was a reminder that The Weakest Link was a great game show, something often overshadowed by the “Queen of Mean” narrative around Anne Robinson and her saucy winks…In 2021, the signature withering put-downs of the original series probably would not fly, and that’s no bad thing: everything is miserable enough as it is without Jenny from Bradford being teased over her hairdo. As Robinson’s replacement, Ranganathan was fine, armed with gentle jibes and some truly naff jokes in between rounds. The problem with celebrity versions of game shows, though, is that they can come across a bit self-indulgent…The new Weakest Link may not have missed Anne or the cruelty, but it was missing the higher stakes.”
Rachael Sigee, The i

“In contrast to the original, where Anne Robinson was vile to everyone, the new host is spreading love by the shovelful. The quiz is as good as ever, packed with rapid-fire questions that veer from the embarrassingly simple to the truly challenging.
Christopher Stevens, Daily Mail

“This is a proper twist that dangles the possibility of the return of a major character from previous seasons. You can almost picture Ed Sheeran dropping his guitar in disbelief. And after that ferocious start, the next seven episodes are piled high with smoking corpses and murderous conspiracies run amok. It proves that nobody does operatically over-the-top entertainment quite like the Italians. And that Gomorrah’s farewell series is a long goodbye worth sticking with until the very last drop of blood is spilled.”
Ed Power, The Telegraph