The Trial of Louise Woodward; Dopesick; The Shrink Next Door; Nadiya’s Fast Flavours

“It was a curious omission because it presented a believable scenario” 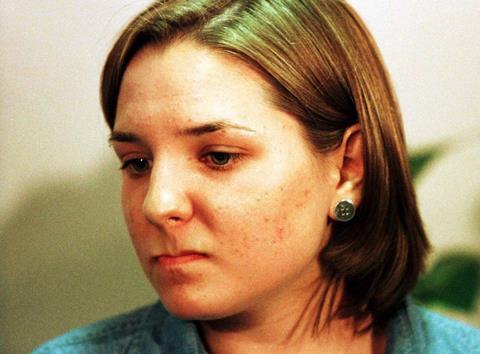 The Trial of Louise Woodward, ITV

“There were no revelations, and by the end of it I imagine your feelings about her guilt or innocence were unchanged…what we got in this film, largely, was the defence case…It was a curious omission, because it presented a believable scenario, rather than seeing the case – as prosecution and defence did – in black and white”
Anita Singh, The Telegraph

“Haste might be why it had to rely so heavily on well-used TV footage of the trial mashed with clips of Woodward’s local supporters at the Rigger pub in Elton…It did though manage to get some of the original expert witnesses from the trial…This was interesting. I had forgotten that some of the “alternative” jurors with scientific backgrounds who weren’t picked to serve were so angry at the guilty verdict they reportedly threw chairs…I don’t blame Woodward for not taking part. The speculation around this story will never end. She’s probably damned if she does and damned if she doesn’t”
Carol Midgley, The Times

“Through a series of cuts and time jumps Dopesick charts the fallout of big decisions made solely with an eye on sales, where people are mere lab rats with dollar signs on their backs. The doctors are the dealers and Purdue is the cartel. Purdue’s malignancy, the way one lie metastasizes in to another and research is spun and rewritten for commercial ends, is simply repugnant. The challenge for writer Danny Strong is to keep what is a very complex story moving forward – Purdue is a hydra-headed beast; the fallout from boardroom decisions takes years; the DEA, the FDA, the FBI and several other acronyms that may be inscrutable to British audiences are all brought into play.”
Benji Wilson, The Telegraph

“There is almost too much going on in Dopesick. The strands stretch and spread rather than twining tightly round each other, and its structure – jumping forwards and backwards across the different timelines – dissipates both narrative sense and momentum. The result is a series that is far more chaotic than it needs to be; the more familiar you already are with the Sackler story and the opioid crisis, the more you will get out of it, which is not the dramatic ideal. But the main points and the outrage are clear.”
Lucy Mangan, The Guardian

The Shrink Next Door, Apple TV +

“I thoroughly enjoyed it. It does occupy a sort of no-man’s-land between comedy and drama, being neither very funny nor very dark. In the hands of another writer or director it could have gone in either of those directions, and would have been a richer experience, but it is still a great yarn, entertainingly played and buoyed along by Rudd. The chief writer is Georgia Pritchett, whose experience as a writer on Succession has given her an ear for smart dialogue.”
Anita Singh The Telegraph

“Indeed, while watching, there is a temptation to pray for both men to goof around and start crooning “Afternoon Delight”, the Starland Vocal Band song that so memorably features in Anchorman. Still, watching Ferrell as the vulnerable schlub batted around by Rudd’s cold-hearted schemer makes for a first-rate departure from comedy. The dramatic realm is something both have only rarely experimented with.”
James Mottram, The

“The macaroni cheese didn’t start to look truly revolting until Nadiya took a couple of packets of Cheesy Wotsits and crumbled them into the mix.‘They add that extreme cheesy flavour,’ she cooed. What they add, in fact, is enough E numbers to turn your insides to sulphur. In case your tongue wasn’t already a permanent shade of yellow, Nadiya suggested a breezy way to make toasted brioche without eggs. Simply mix up some powdered custard, dip slices of bread into it, and fry the result. That’s right: bread soaked in instant custard, sizzling in a pan. Nurse, I’m going to need another packet of those plink-plink-fizzies.”
Christopher Stevens, Daily Mail