“Less a documentary, more a frockumentary” 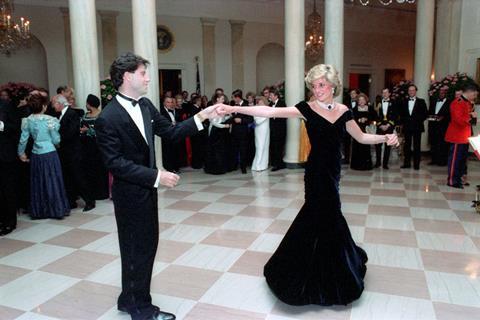 “It has also introduced her to an Instagram generation that admires her rebellious ways and is intent on bringing back Lycra cycling shorts…There was a change of pace when the programme introduced people who were actually involved in the Princess’s style transformation. ”
Anita Singh, The Telegraph

“It was 47 minutes of almost pure guff, churned out by people who should know better…On and on we went, collapsing and confusing history, filling fashions and Diana with meaning, and emptying them of it at the same time…But the waste of everyone’s time and resources such a programme represents was even more glaring than a fuchsia jacket. Of course there is a story to be told about Diana’s clothes and, at times, the programme tried to tell it, before getting submerged beneath a tide of nonsense about how she was this, that and the other, plus everything and to all people, all the time and now to people born after she died. Indeed, Queen of Style would have you believe that Diana invented punk, polka dots and Peter Pan collars, and became a hero-icon for it. Or, like, something.”
Lucy Mangan, The Guardian

“If she was alive today I think she might have balked at being compared to a self-obsessed ligger who pimps for freebies (although, ironically enough, that’s exactly how some people would describe the royals). However, I do agree with the documentary that if she was alive today she would be bossing Instagram…This was mostly an insubstantial hour raking over old, old ground and showing frock footage so overused I could recount it all from memory. Less a documentary, more a frockumentary. It re-interviewed the designers, make-up artists and hairstylists who helped to curate her “look”, which was the best bit. It is quite interesting that young people who weren’t even born when she died are being inspired by her fashion choices today. All fashion is cyclical. But declaring that, “Nearly 25 years after her death, Diana is back,” sounds like she’s in some kind of zombie film.”
Carol Midgley, The Times

”The show got progressively more silly. By the time a drag star and model called Bimini hailed Di as a punk rocker and a ‘cheeky lady’, no reference was too ridiculous.”
Christopher Stevens, Daily Mail

“This was a programme made for viewers still pining for Time Team. The programme was shaping up to be the dampest of squibs when a bigger discovery was made…An author of well-received history books, the Earl would actually be well-placed to make documentaries that go deeper than this – a guide to grand houses or the aristocracy, from someone who truly knows their subject.”
Anita Singh, The Telegraph

“Kate Humble would make a good Blue Peter presenter. There’s a pleasing clarity to her presentation that is perfect for eight-year-olds and phone-distracted adults alike, and well-suited to her practical guide for more sustainable lifestyles. You know the drill: encouraging bees, planting trees, building ponds and so forth. And she wasn’t afraid to ask the most basic questions, for which I occasionally found myself thankful…While the programme may have offered hope for individual action in a dirty old world, it did err on the rose-tinted simplistic side.”
Gerard Gilbert, The i

“Kate’s shows, filmed on her farm in the Wye Valley by her husband Ludo, are always pleasant and always variations on the same themes.”
Christopher Stevens, Daily Mail