As part of a three-day ‘Boris tour’ organised by Film London an international delegation of animation experts dropped in at the UKTI-supported CMC Animation Exchange event in London. In this two parter, we reveal what the execs thought of the UK market, government funding and international co-production. 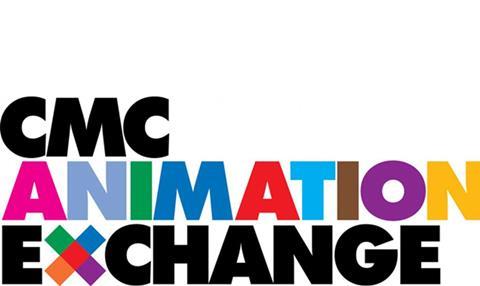 For three days we’ve been given tours of some of London’s top animation studios, as well as tailored one-to-one meeting sessions.  I didn’t really have a good understanding of either the depth or breadth of the facilities, the talent or the variety of product being created here. I’m not surprised that the last two VFX Oscars have come from the UK but that sort of information is not always so well publicized in Hollywood.

Are there any partnership opportunities for UK animators?

Our parent company Waterman Entertainment [which acquired Film Roman last year] would look to international partners on properties like Alvin and the Chipmunks and Stuart Little.

If a potential UK animation partner can bring a 20% tax credit, 20% broadcaster funding and 10% private investment – what would the US be able to bring to the table?

Tax credits in US are non-existent! Costs can be offset against income tax but private equity and gap funding is a normal route. TV shows are normally fully funded by the networks.

However, I think we have to recognise that simply producing shows for US networks is a redoubtable position to be in.

We’ve got to look outwards and create productions in non traditional places – Netflix is hugely attractive alternative - particularly for animation because their remit is a far broader one. There’s a huge indie animation community in the US which Google, Netflix and Amazon are already starting to feed in to.

Our focus is the international distribution of family feature films – live action and animation. We are small by design and take on board about five quality films a year.  Past co-productions include Sunshine Barry and the Disco Worms and the nature doc Turtle: The Incredible Journey.

There are so few animated movies made here that the UK has not really been on our radar but we would like to look to partnerships in the future.

If a potential UK animation partner can bring a 20% tax credit, 20% broadcaster funding and 10% private investment – what would Germany be able to bring to the table?

In Europe there are incentives for features, but not TV series. So 50% funding is possible for features. With TV series a common model is to securing funding for a feature first and then use these animated backgrounds as assets to make the TV series and reduce its cost.

Pietro Pinetti CEO and co-founder of Milan-based Studio Bozzetto (credits include Tip the Mouse, Bruno the Great and Expo Show.)

I think that the UK and Italian markets are now quite similar - there are lots of production companies balancing a mix of commercial work alongside original IP creation as well as the use of tax credits.

We want to learn more about the English market - we have a lot of productions in development - feature film projects – so we see this as a good opportunity to start talking about UK co-production.

If a UK animation partner can bring a 20% tax credit, 20% broadcaster funding and 10% private investment – what would Italy be able to bring to the table?

Like France it is automatic but you can raise much more if you have a broadcast credit attached. At the moment tax credits on family content are 15% in Italy, but we are hoping that the government will raise it to 30% this year.