UK Trade & Investment (UKTI) helped Title Role to capitalise on a long distance opportunity with a high-profile client in Australia. 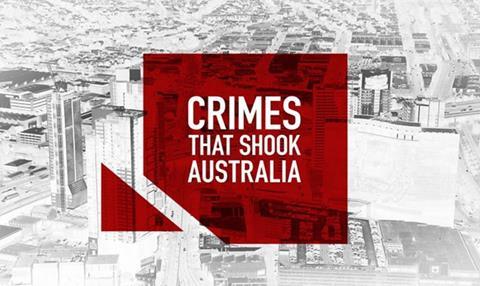 Funding provided through Gateway to Global Growth helped the Manchester-based independent production company to fund a visit to Sydney where negotiations were successfully concluded and a deal reached.

There is nothing more intriguing than a gripping crime story. Independent television production company, Title Role, goes behind the headlines of high profile crimes in the series Crimes That Shook Britain, often unearthing exclusive details of the country’s most shocking recent crimes.

The award-winning documentary is now in its fifth series, and uses dramatic reconstruction, in-depth interviews with victims and their families, police officers and journalists to give audiences unique insight into infamous and devastating crimes.

Established in Manchester in 2005, Title Role’s vast and varied portfolio of content also covers human interest pieces, such as Muslim Miss Universe, and comedy shorts, like The 4-Minute Guide to Wrecking your Life. The company works with some of the biggest broadcasters and media partners in the industry, including Sky, the Crime & Investigation Network, HISTORY and Channel 5, as well as international distributors BBC Worldwide, Warner Bros and Cineflix.

“We specialise in drama reconstructions,” says Ian Bradshaw, Technical Director at Title Role. “Many of our interviewees have been through the most horrendous ordeals, so naturally we offer sympathy and sensitivity as standard. Our expertise at capturing the essence of a good story and recreating it in detail has allowed us to attract a network of broadcasters and distributors. Our programmes have been shown in more than 150 countries around the world. We throw everything we have at our documentaries, and series such as Crimes That Shook Britain have become very successful brands in their own right.”

Title Role has six full time staff in the UK. Using freelancers for extra editing and development, a given project can have as many as 35 people working on it.

Although the company regularly travels overseas for research and filming, most of the original programming is filmed in the North West of England.

In its infancy, Title Role ran its operations from a small office in Withington. Even at this early stage, the company was already seeing a lot of interest from broadcasters, distributors and viewers in Western Europe and South America.

In 2007, the company decided to explore its options overseas and joined Passport to Export, the UKTI programme that gives exporting companies the tools they need to grow their business internationally.

UKTI then helped to fund a trip to the prestigious Cannes International Film Festival in southern France, where Title Role was able to talk to the biggest players in the TV and film industry. As a result of UKTI’s financial support, Title Role found its first overseas distributor, increased brand awareness and created a foundation that has continued to attract significant international interest. Over the years, Title Role has kept in close contact with UKTI.

An International Trade Adviser (ITA) has been available to the company to answer questions about working overseas and give advice on issues such as VAT and dealing with tax authorities in other countries.

“We saw huge potential in overseas markets for the type and quality of programmes that we make,” says Ian. “UKTI provided some information we needed to get started and went on to open doors for us with people we may not have been able to access on our own. Going to Cannes with them gave us instant credibility, so people took us seriously even though we weren’t as well known back then. UKTI’s support has been very useful as we continue to build our brand internationally.”

In 2011, Title Role started working with Foxtel. The Australian media broadcaster and distributor had licensed Crimes That Shook Britain from Warner Bros. Within 18 months, Foxtel began to deal with the UK company directly, and Title Role pitched to produce Crimes That Shook Australia, the first local version of the format.

Title Role had joined UKTI’s Gateway to Global Growth programme, which helps UK SME exporters diversify into new markets and maximise potential in existing ones. The company discussed the Foxtel opportunity with its ITA, seeking reassurance that the logistics of such a long-distance commitment would be manageable.

In February 2012, UKTI helped to fund a market visit to Sydney, where Title Role Managing Director, Helen Tonge, met face to face with Foxtel and secured the deal. The first series of Crimes That Shook Australia went into pre-production in October 2012.

In March 2013, Title Role returned to Australia, where it travelled across four states with four of its employees, to carry out research and interviews for the show.

“Producing a quality TV documentary requires a lot of upfront investment of time and capital,” says Ian. “Having already developed a good working relationship with Foxtel, we knew we could trust them. UKTI has supported our growth and ambition ever since we were using a small office on the outskirts of Manchester, and were on hand as we considered our expansion in Australia.

We will always value their input and support, and recommend them to any UK company seriously looking at the international market.”

The UK and Australia

The UK is the second largest foreign investor in Australia (worth AU$473 billion) and Australia’s fifth largest two-way trading partner (worth AU$23 billion). Among the most prominent UK investors in Australia are BP, HSBC, BT, Rio Tinto, BHP and BG Group.

Australia is also investing in billions of pounds worth of projects over the next decade, including natural gas, mining, railways, ports and a national broadband network.

The area’s proximity to the world’s fastest-growing region, the Asia Pacific, and powerhouses like India and China combined with a number of free trade agreements (FTA) (e.g. Singapore, Thailand, US, Chile and New Zealand), UK firms have a distinct advantage if they are looking for a base from which to launch into Asia.

For further information about business opportunities in Australia go to www.ukti.gov.uk/australia