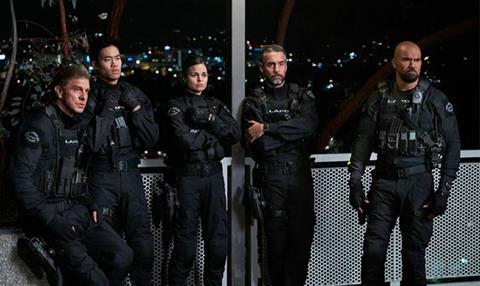 A raft of comic book adaptations, a slew of traditional police dramas and a number of high-profile TV remakes are to take centre-stage at the US networks’ Upfront events.

ABC, CBS, Fox, NBC and The CW have commissioned the majority of their 2017/18 seasons ahead of the New York event and LA Screenings over the coming days.

Highlights include The Big Bang Theory prequel Young Sheldon, reboots of Dynasty and Will and Grace as well as a legal drama from Scandal creator Shonda Rhimes.

A number of international projects, including adaptations of South Korean and Danish series, have also been ordered, while Israeli producer Keshet, creator of the original Homeland, has scored two series.

However, the adaptation of Big Talk’s Raised By Wolves has not been picked up by ABC.

The Gospel of Kevin
A down-on-his-luck man, played by Jason Ritter, is asked by God to save the world.
Producer ABC Studios
Distributor Disney Media Distribution

Me, Myself and I
Comedy about the life of a man set over a 50-year period, focusing on his time as a teenager, 40-year old and 65-year old.
Producers Warner Bros. Television, Kapital Entertainment
Distributor Warner Bros International Television Distribution