NAB 2016: The North American Broadcasters Association (NABA) and the Digital Production Partnership (DPP) have unveiled the stipulations for how file-based programmes should be delivered to broadcasters in the US. 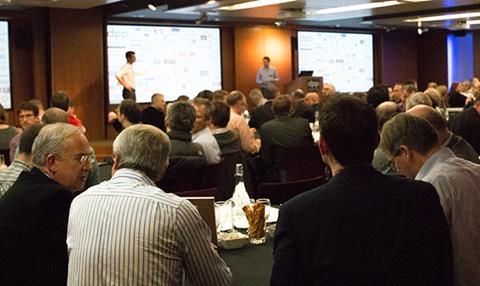 Through joint NABA and DPP meetings, nine of the major North American broadcasters have agreed on a common file format, structure and wrapper for finished air-ready programmes that is based on the AS-11 UK DPP specification implemented in the UK in 2014.

Although there is now an agreement in place, the announcement will not lead directly to a move to a common delivery format. Instead, the transition is likely begin over the next 12 months “on a selective basis.”

“The key principle for this work was that the agreed specifications must be commonly defined, testable, unambiguous - and produce business value,” said Clyde Smith, senior vice president, new technology at Fox and the NABA technical lead.

“The agreed common specifications will minimise confusion and expense for programme-makers, and avoid the proliferation of different file types and specifications.”

The agreed specifications are based on the Advanced Media Workflow Association (AMWA) AS-11 specification and have the following features:

Work with the AMWA to define the rules for these file formats - which will be a part of the AS-11 family of specifications - is nearly complete, the DPP said.

It was also revealed that the DPP-NABA team will be working with the Society of Motion Picture & Television Engineers (SMPTE) to support these specifications in BXF (Broadcast Exchange Format).

“NABA and the DPP share the same philosophy,” added DPP managing director Mark Harrison. “We both recognize that the national and international exchange of media will only increase - and that we need to make this process simpler, easier and cheaper for the whole supply chain if our industry is to thrive.”

Future work will include a UHD spec for North America and the development of a international mastering format.

The US programme delivery specifications are the first output from the strategic partnership formed between NABA and the DPP in April 2015.