“The problem with Vera is that absolutely everyone seems like an actor putting another entry on their CV.” 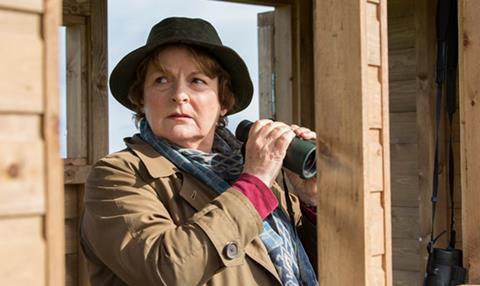 “I wish after six seasons, we were any closer to understanding DCI Stanhope. Yesterday’s story was typically outdoorsy and efficient, but, as usual too, it was never about anything more than the case.”
Andrew Billen, The Times

“The problem with Vera is that absolutely everyone seems like an actor putting another entry on their CV. No one, either under suspicion or in the incident room, looks or sounds like a Geordie, or even like a vaguely fleshed-out character. They’re all grids on a plot map.”
Jasper Rees, The Telegraph

“Despite the bleak skies, Vera is no north-east noir – it’s not credible enough and lacks the complexity of character and morality. Vera’s more like Miss Marple, Pet – a traditional old-fashioned whodunnit, comforting family murder entertainment for a Sunday evening.”
Sam Wollaston, The Guardian

“Some women wear their nightclothes everywhere these days. But we expect better from our police. So it was disappointing to see the mother-hen detective Vera apparently had a nightie on under her tattered raincoat, as she investigated a murder on a North Sea wildlife sanctuary.”
Christopher Stevens, Daily Mail

“For all the bows left untied, this felt like a plausible outro which withheld the glib offer of catharsis. Trilbies aloft for composer Dan Jones and production designer Lisa Marie Hall, who imagined England under occupation with commitment to marrow-chilling realism.”
Jasper Rees, The Telegraph

“A potentially cracking blend of alternative history and noir-ish mystery in a prime BBC1 Sunday slot has been, for the most part, an inert and plodding chore. Ironically, the denouement managed to build up a decent head of steam. Sadly, it was all too little, too late.”
Jeff Robson, The i

“The show had a couple of worthy messages: don’t waste your cash on fancy bottled water, and use a comparison website to ensure you’re not paying more for energy than you should. But it was all very laboured. Dave’s a goldmine of obvious information.”
Christopher Stevens, Daily Mail