Vice is set to close almost a dozen global distribution deals for linear channel Viceland in the next 12 months and expects to strike agreements with Sky’s pay-TV rivals in the UK. 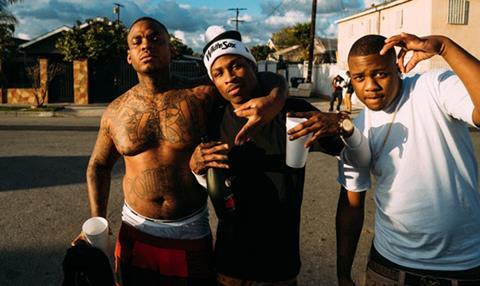 Jay Rosenstock, who was promoted to president of Viceland International last week, revealed his aggressive expansion plans to Broadcast, along with further details of the youth-skewing firm’s business model, as well as his views on overnight ratings and Vice’s plans for international production.

The company currently operates Viceland in the US, UK and Canada and expects to strike a further 11 deals over the next 12 months, including the Netherlands on Ziggo and in Belgium via Telenet.

Former Discovery Communications exec Rosenstock said: “We’ll have a business that generates advertising revenue, subscription fees and we’ll license our content. It’s balanced and diversified and it’s a healthy way to monetise the content spend that we’re making in North America and the UK.”

“Our goal is to be on every screen but, for us, having a TV presence gives us an ability to produce at levels, volumes and at a quality that can drive the value for the rest of our businesses.”

Although Vice had a strong online and mobile presence, advertising money remained “left on the table”, he said. “One of the reasons Vice launched a TV channel was that the advertising community didn’t feel they were able to put money into a youth media property [without a TV channel].”

Viceland, which has around 30% fewer traditional advertising spots than other pay-TV channels, has begun working with brands such as Samsung to develop more engaging commercials.

Having launched first via Sky in the UK in September, it is now on the brink of closing carriage deals with the likes of Virgin Media, BT and TalkTalk.

“We have a special relationship with Sky and they made a bet with us and have been great to work with,” said Rosenstock. “But we expect to be fully distributed by the end of the year with all of the major platforms in the UK.”

Viceland’s most-watched show in the UK to date is an episode of music series Noisey Bompton with Kendrick Lamar, which averaged a consolidated audience of 55,000 (0.4%). Three-quarters of its audience was aged 16-34.

Rosenstock defended the low figures, claiming Vice is looking at “long-term” total consumption across video-on-demand and digital rather than linear ratings.

“We want to have a healthy business and want viewers to find the channel, but it’s not built solely on overnight ratings,” he said. “The deal we struck with Sky has a lot of different elements, some of which we can’t talk about.”

Its plan is to produce around 300 hours out of the US and up to 200 hours internationally over the next two years.

“We’re producing in London, Amsterdam, Toronto and Buenos Aires and taking that back [to the US and globally] because youth audiences are very comfortable watching what’s going on in Japan or Holland,” he added.

Rosenstock, who previously struck channel deals for Discovery before joining Vice in mid-2015, said there were similarities between the two companies.

“One of the things I learned from my years at Discovery is that it’s very tough to have one or two good channels, let alone eight or nine,” he added.

“Having one great channel is ideal and establishes the brand. If there are some spin-offs that arise, then we’ll look at that, but right now Viceland is our play.”