TV Critics: Who Do You Think You Are?; Circus Kids; Outlander

“What a cracker of an episode to launch the new series of Who Do You Think You Are?” 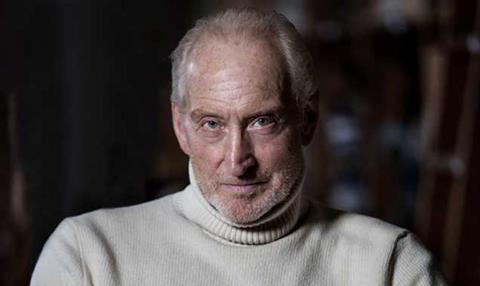 “Charles Dance’s episode follows the usual beats. A surprising discovery here. A poignant story there. And then a heartwarming reunion with long-lost relatives. It’s gentle, charming and perfectly interesting weeknight TV.”
Mark Butler, The i

“Dance was not the perfect WDYTYA? subject, too controlled and unexpectedly too un-actorly to go much beyond the possibility of tears as the revelations mounted. The hour was, however, a triumph for the programme’s secret and dubious mission, which is to persuade us that nature rather than nurture determines our characters.”
Andrew Billen, The Times

“Dance was an ideal subject for the type of ancestral guided tour we know and love, and of which we show no sign of tiring. The series famously gets celebrities to weep for unknown ancestors. But you can’t help feeling Dance benefited more than most, discovering not only the dead but a whole new living, breathing family.”
Gerard O’Donovan, The Telegraph

“What a cracker of an episode to launch the new series of Who Do You Think You Are?

This history show always has most fun when the revelations and scandals are hiding in the lowest branches of the family tree. Within the opening five minutes, this family saga had become satisfyingly murky and convoluted.”
Christopher Stevens, Daily Mail

“It was very nearly a satisfying journey but for the gaping hole where Charles’ mother ought to have been. How had this single mother (if that’s what she was) met, married and had a second child with Walter, a man much older?”
Matt Baylis, Daily Express

“A military historian took one look at the only picture Dance had of Walter – standing tall, in uniform – and knew immediately, by the lack of breast pockets and the fanciness of his belt, that it was taken in 1900. These are the WDYTYA moments I live for. The knowledge contained in some human brains, the dedication and love it takes to acquire it always blows my own tiny mind.”
Lucy Mangan, The Guardian

“There are hints of the sadness and the melancholy that underlies such a transient life of performing, and of the mental and physical toughness you need to survive it, and it is possible that these will come more to the fore in future episodes. But for now it is a neat, straightforward look at children happy with their lives and working hard to succeed.”
Lucy Mangan, The Guardian

“It’s pure hokum, but lavishly done. If your once-a-week fix of passionate clinches and heroes on horseback with Cap’n Ross and Demelza is no longer enough, Outlander will leave you sated.”
Christopher Stevens, Daily Mail