TV Critics: Who Do You Think You Are?; I Shot my Parents; The Mash Report

“Balding was as engaging as ever and her delight was infectious.” 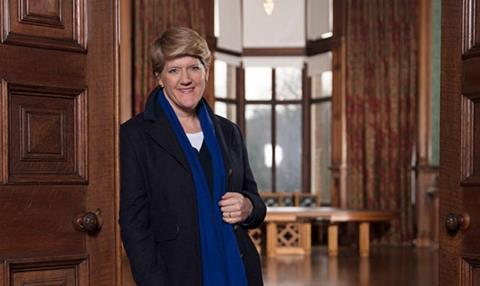 “This was a heart-warming slice of social history, full of horses, Hunter wellies, quilted bodywarmers and jolly hockeysticks. Balding was as engaging as ever and her delight was infectious. Now please, take a day off – you’re making the rest of us look lazy.”
Michael Hogan, Daily Telegraph

“What surprised me even more, however, was her surprise at the revelations that her maternal great-grandfather, the 1930s Tory MP Sir Malcolm Bullock, may have had a gay relationship with the painter Rex Whistler. My only problem with this is that the story is not new.”
Andrew Billen, The Times

I SHOT MY PARENTS, BBC1

“The crime documentary was spilling over with soundbites that made the viewer think, ‘What? Did I hear that right?’ It was less a crime mystery than a psychological conundrum, a study of the lies human beings tell themselves in order to cope.”
Christopher Stevens, Daily Mail

“It was just another entry in the ever-growing catalogue of American true-crime documentaries, which can often seem a world away and teach us very little. Ghoulish, too, with their replays of distressed 911 calls and clips of bloody crime scenes.”
Michael Hogan, Daily Telegraph

“It was encouraging to see so many fresh faces and such up-and-coming talent on terrestrial TV. It was several million times funnier than recent ITV flop The Nightly Show or Channel 4’s execrable Host The Week, canned after just one episode.”
Michael Hogan, Daily Telegraph