Why the future of wireless mic technology is objectively digital

The digital versus analogue debate is one of audio’s many endless subjective arguments, with die-hards on both sides. But in the field of wireless microphone technology, argues Tuomo Tolonen, an objective winner is starting to emerge. 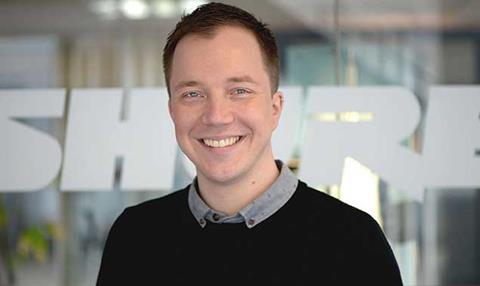 Since the 1970s, with increasing fervour down the decades, the relative merits of analogue and digital technology have been hotly debated in the international audio community. These days, the decisions people make about which technology to use are largely based on subjective preferences.

But in the realm of wireless microphones, the situation is different. Good analogue and digital systems are now widely available, but I would argue there’s now more of a clear, objective choice. Why?

Firstly, following digital dividends and spectrum auctions all over the developed world, there’s much less RF spectrum available for use by wireless audio tech, at a time when the demand for wireless mic systems with ever higher channel counts is rising fast in live music, theatre broadcast and corporate AV applications.

Digital RF technology has a clear advantage over analogue technology here. Due to the more predictable behaviour of digitally modulated RF carriers, digital RF mic channels can be spaced more closely together than comparable channels in an analogue wireless system.

Intermodulation in high-end wireless systems is also far less an issue, to the point where a user can largely ignore intermods that would typically be destructive in a comparable analogue system.

So more channels can be fitted into a smaller range of the RF spectrum - indeed, some digital systems can now deliver more than twice the channel count of their analogue equivalents.

Arguments about analogue technology often centre on sound. But analogue wireless systems have no particular edge here either. For wireless microphones, the main difference between analogue and digital is how the RF carrier is modulated.

Most professional analogue wireless systems use Frequency Modulation (FM), and while this has proven to be a very robust and ultimately successful way of transmitting wireless audio, it has inherent limitations in dynamic range which you don’t find in digital systems.

To overcome this, analogue systems utilise companders, with their sometimes audible side effects; digital systems don’t need these. Digital systems also have the ability to operate in far worse carrier-to-noise environments, so that even in very challenging, crowded RF environments, the audio remains noise-free even when the signal is weak.

Analogue systems, on the other hand, exhibit a fairly direct relationship between carrier-to-noise and signal-to-noise ratio, and the weaker the signal is, the greater the noise.

As a result, digital technology makes it possible to achieve wireless audio that is far cleaner, with a wider, flatter frequency response than analogue systems, which are also limited in their frequency response. While this is largely inaudible on vocals, it is fairly apparent with guitars, bass and other instruments.

That’s not the end of the benefits digital RF systems can confer. Digital wireless operators can also benefit from privacy through encryption, which is a requirement in many applications including corporate AV.

While it is true that pure analogue systems don’t introduce signal latency, the latest digital systems have reduced this to such an extent that the minute disadvantage it adds is outweighed by other benefits.

In short, I’d argue that digital wireless audio technology has now reached a point where it’s better suited to meet the challenges of the modern global RF environment than comparable analogue wireless mic and IEM systems. However, the nature of this issue is such that I’m sure there will continue to be discussions about it.

And whether or not we know it, we all like a little analogue compression - myself included!