Young Sheldon; The Taxi Cab Rapist; Girls on the Edge; The Job Interview

“It’s all as sentimental as country music, and a reminder that there’s nothing quite as insufferable as an American TV child” 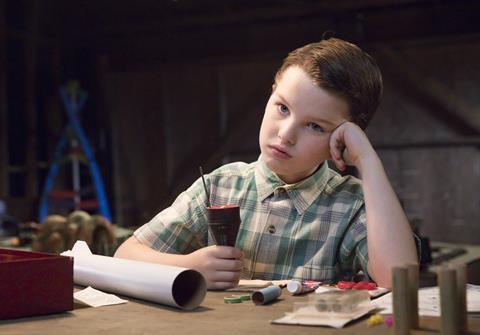 “Studio audience laughter has been done away with, and that’s a good thing. But I don’t think it’s smart enough. Young Sheldon the character might be genius offspring, Young Sheldon the show, not yet.”
Sam Wollaston, The Guardian

“Unlike The Big Bang Theory, Young Sheldon is filmed without a laugh track (it has music instead) and is all the better for it. The gags, some of which are a hoot, take second place to the storytelling, which also lifts the prequel out of the joke-a-minute sitcom land inhabited by its parent show. It’s very sweet.”
Debra Craine, The Times

“The punchlines certainly don’t come anything like as thick and fast here. What we have instead is a warm-hearted, coming-of-age tale in the style of The Wonder Years.”
Catherine Gee, The Telegraph

“The cleverness of Big Bang is that we laugh with him at the world’s folly. Young Sheldon lacks that intelligence, and replaces it with schmaltz. It’s all as sentimental as country music, and a reminder that there’s nothing quite as insufferable as an American TV child.”
Christopher Stevens, Daily Mail

“Susanna Reid’s usual habitat is the Good Morning Britain couch alongside Piers Morgan. But she proved a steely interrogator in the field and was especially merciless confronting representatives of the Parole Board over Worboys’s imminent release.”
Ed Power, The Telegraph

Girls on the Edge, BBC2

“This one-off programme was respectful, and sensibly resisted dwelling too heavily on suicide attempts and scars. The documentary became trite only at the end, when it laboured the notion that the steep rise in self-harm and hospital admissions could be due to online bullying and the impossible expections of social media.”
Christopher Stevens, Daily Mail

“The real appeal of The Job Interview, compared to say The Apprentice, is that you find yourself genuinely rooting for most of these people. They’re not jumped-up ego-ridden, self-aggrandising ninnies. They’re just normal people looking for work.”
Mike Ward, Daily Express