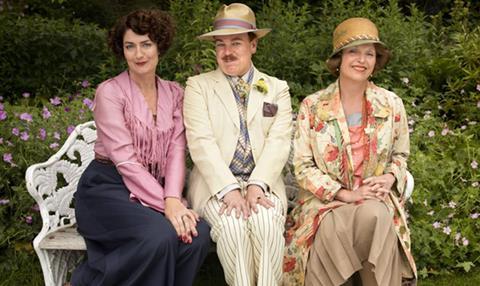 How it was done To create a 1930s setting, Avid DS was used to remove all signs of the 21st century from footage. Some of the VFX work done by Nick Timms was to create a wintry setting for a summershot church scene – on-set snow was enhanced in Nuke and DS, using CG to create an ice-frosted shot of the church.

Colourist Jet Omoshebi’s grade completed the Christmas look with a de-spill of green elements. Nuke X, Avid DS, After Effects, Mocha and Photoshop were all used. The 2D elements were composited by VFX supervisor Garrett Honn.