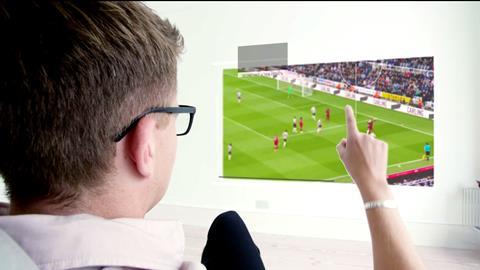 5G technology: A revolution is on the way

The arrival of 5G has the potential to completely change the way sporting events are produced and watched, says Matt Stagg

Ask any sport fan about their preference for viewing the game and the answer is likely to be either in the stadium, in the pub with friends, or at home in front of the big screen.

Technology should be about enhancing those experiences, not replacing them.

The arrival of 4G five years ago gave fans new opportunities for consuming live entertainment. It was a killer combination of more bandwidth and larger smartphone screens with better definition, mixed with an increase in broadcasters making their content available via mobile-centric apps. 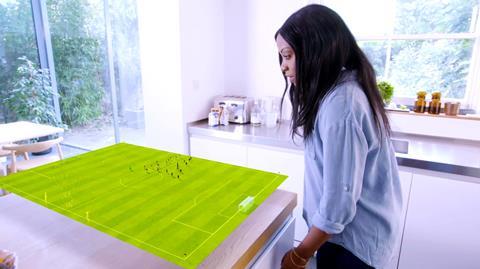 No longer was the fan tethered to a fixed location – if they couldn’t be at the game, they had the ability to watch what they wanted, when they wanted, wherever they were.

Furthermore, as well as showing the game, mobile afforded an opportunity to augment the big-screen experience with near real-time multi-angle replays, a plethora of analytics, and social interaction. The smartphone wasn’t just a substitute for the big screen but a valuable addition to it.

While 4G iterated fans’ viewing experiences, 5G is going to totally revolutionise them. It will change both the way sport is watched and the way it is produced.

The advantages of remote production – reduction in cost, better work-life balance for employees, reduced carbon footprint and the ability to produce more games – is good for fans, but not gamechanging.

The real gamechanger is when you combine remote production with producers who understand how to exploit the new technology; how to make the most of the new freedom, including the creative flexibility of wireless cameras.

What 4G offered was the raw capacity to deliver some aspects of remote production, but it was never designed to be a broadcast network. Now, 5G has the low latency and guaranteed bandwidth to offer amazing capabilities.

“From day one of having 5G in a stadium, fans will be able to reap the benefits of increased speed and lower latency”

With network slicing, we have the ability to provide a separate ‘broadcast grade’ network with guaranteed bandwidth and latency.

If we take this one step further and take into account the increasing capability of lower-cost cameras, why not have a vast array of remotely operated cameras catching every possible angle and giving a total field of view?

From day one of having 5G in a stadium, fans will be able to reap the benefits of increased speed and lower latency. There are still challenges for 4G in ultra-dense environments like stadiums, especially when the demand for data keeps increasing, with fans doing everything from updating social media to streaming replays. 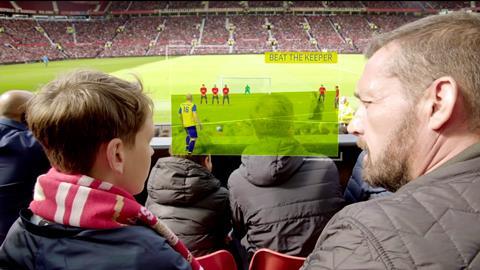 In contrast, the in-stadium experience will exploit the full capabilities of 5G. As we move closer to a world where wearable technology is the norm, the opportunities for augmented reality become limitless.

From the moment you arrive at the stadium, your seat will be located by a pop-up map showing the most direct route, and the team line-up will be shown as soon as you sit down.

During the game, you will be able to view multiple camera angles and every seat will be the best seat in the house. No longer will you struggle to see the penalty at the other end of the pitch – with the touch of a button, you will see it from the keeper’s view.

If you’re not lucky enough to be able to go to the stadium, augmented and virtual reality will bring the stadium to you – just sit on the sofa and press play. The array of cameras will enable you to watch a holographic view of the match with the ability to walk around the field of play and see replays from every conceivable angle. 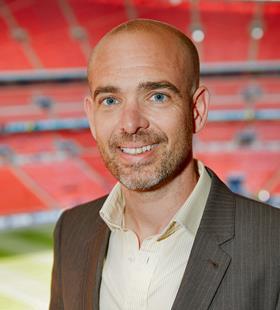 We still have a long way to go until these experiences are brought to life, but it’s no longer a vision of a distant future.

In less than five years, the beautiful game will be enjoyed in ways we could only dream of, taking that live experience to more people and places than ever before.