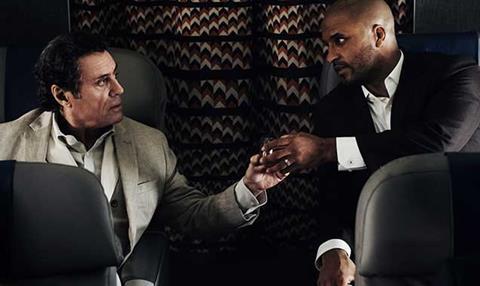 Brief
Deliver visual effects shots for an adaptation of Neil Gaiman’s novel that combines Americana and fantasy with strands of ancient and modern mythology.

How it was done
Cinesite created various ‘out of this world’ environments and set extensions, including an afterlife sequence. Among the other effects were a ceiling destruction, lightning bolts, sparks and multi-layered storm clouds, blowing sand and falling rain, galaxies, flying leaves, petals and a forest of trees blowing in the wind. In total, the team created 162 shots across 18 different sequences, split over five episodes. Models were built in Maya, Houdini and ZBrush, with textures completed in Mari and Photoshop. Rendering was done using Arnold. The overall VFX supervisor was Kevin Tod Haug with Aymeric Perceval supervising for Cinesite.

Watch it
Now on Amazon Prime