AP Archive has reached an agreement with Democratic Voice of Burma (DVB) to license its video coverage to third parties around the world. 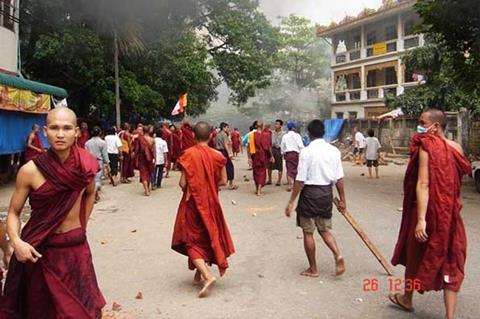 The deal gives AP Archive exclusive rights to sell DVB’s archival video footage of Burma from the past five years.

Alwyn Lindsey, the director of international archives for the Associated Press, said: “Since the anti-government protests of 2007, there has been much international attention on this complex nation. Democratic Voice of Burma produced strong video coverage of those events, and continues to do so, complementing AP’s own coverage.”

AP Archive is the video footage collection of The Associated Press.

Picture: Buddhist monks take to the streets of Yangon, Myanmar in 2007.