Arri has announced a raft of upgrades for its Alexa and Amira cameras that include the ability to capture UHD footage. 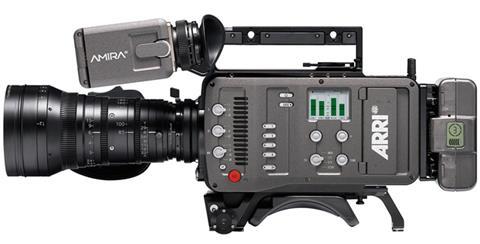 The Munich-headquartered manufacturer has also revealed an update for the Amira that is designed to make the documentary-focused device more appealing to TV productions.

Software version 2.0 for the Amira, which will be released in March, allows ProRes codecs up to ProRes 4444 to be recorded at 3840 x 2160 resolution directly onto the in-camera CFast 2.0 cards at up to 60 fps.

Arri said the new 4K UHD recording format has been developed for productions that need to generate high-resolution deliverables.

Optional in-camera de-noising, sharpening and detailing tools allow the image to be optimised for specific applications or matched to different cameras and lenses, Arri said.

Also included are WiFi remote support, the ability to monitor audio channels individually, additional lock functions to prevent the accidental pressing of buttons or switches, frame rate adjustments while in pre-record mode and frame grabs from the live camera image.

The main new feature of Amira SUP 3.0 is the ability to record the XDCAM-compatible MPEG-2 422P@HL at 50 Mbit/s in an MXF wrapper, which Arri said would be suited to TV productions thanks in part to the low-bandwidth codec that can be integrated into typical broadcast environments and workflows.

A new audio accessory for the Amira is also set to be released that Arri said would “further ease the integration of Amira into fast-paced television production environments”.

The extension to the back of the camera body will equip the Amira with a slot for a portable audio tuner/receiver that will allow signals to be received wirelessly from either the sound recordist’s mixer or straight from radio microphones.

Other features of SUP 3.0 will include a camera remote control interface for multi-camera live or scripted productions, Super 16mm lens support and an intervalometer function for time-lapse applications.

Version 11.0 of the Alexa software includes ProRes 3.2K recording which Arri said could be upsampled into a 4K UHD deliverable.

Available to Alexa XT cameras and Alexa Classic cameras with the XR Module upgrade, Alexa ProRes 3.2K is a new recording resolution that uses 3.2K photo sites from the sensor to record a 16:9 3.2K ProRes file.

The 3.2K sensor area was chosen because it is the largest area that can still be covered by almost all Super 35 PL mount lenses, Arri said.

It added that ADA-5, an enhanced debayering algorithm included in the update, would further improve the Alexa’s image quality by delivering clearer and sharper images.

It gave the example of small, high-contrast details such as thin branches against a blue sky.

Expanded media support is another feature of SUP 11.0, with all Alexa cameras now able to support all generations of SxS Pro+ cards, and Alexa XT/XR cameras able to support SanDisk CFast 2.0 128 GB cards.

Other features of SUP 11.0 for all Alexa models include improved web remote functionality, refined user buttons and the ability to save frame line and time zone information within the camera metadata.