The BBC is to broadcast the World Cup final and two other matches in Ultra HD (4K) to several closed environments, as part of its ongoing experiments with the high-resolution format. 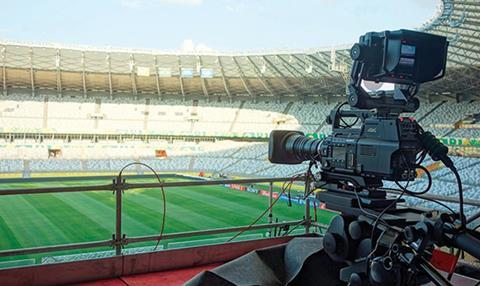 The trial, organised with BT and Arqiva, will be the BBC’s first live 4K outside broadcast and is believed to be the first time anywhere that 4K will be distributed simultaneously over IP and digital terrestrial television (DTT) infrastructure.

The 4K content will be viewed in several locations, including at the BBC R&D’s Shepherd’s Bush and Salford sites. The BBC said logistical issues had prevented public 4K screenings of the Brazil football tournament.

“We believe in increasing definition, which we think offers a tangible, real benefit for audiences and our ability to tell stories,” said BBC research and development controller Matthew Postgate.

“We have lots of questions regarding which genres work best and how any ultimate UHD service can be provided by the BBC. In doing this development work, we are starting to piece together 4K distribution for UK audiences, and how a strategy might manifest itself over the next 12 to 18 months.”

Core to the trial is the twin approach of distribution over IP and DTT, which the BBC has been developing for several years. “By experimenting with both routes, we can bring to life our vision of a hybrid distribution infrastructure,” explained Postgate.

“The strength of DTT is that it is able to reach many users concurrently. Equally, an IP route might be more suited to on-demand delivery.”

The Fifa-supplied 4K 60p feed of the final, one quarter-final and one last-16 game will be linked via satellite from the Maracanã stadium in Rio de Janeiro to London data centre Telehouse and on to BBC R&D in Shepherd’s Bush for encoding to the HEVC (H.265) compression standard.

Arqiva will then take the feed through its fibre network, Arqnet, for DTT transmission, while BT will handle IP routing through its content delivery network.

Depending on the trial’s results, the BBC could decide to adopt a similar approach to the experiments it conducted with 3D, when it broadcast a handful of one-off programmes via the red button.