BBC3 revival is good for society 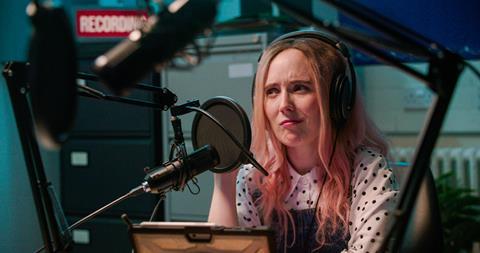 It was noticeable that when the BBC confirmed that BBC3 would be bringing its energetic brand of viewing back to broadcast, it spoke of the ‘value’ this move created.

Good value for the licence fee is critical at the moment, with the BBC likely to be £285m out of pocket from the latest agreement, according to director general Tim Davie. Every last drop of value has to be squeezed out of all its programming.

What made me think of this was a piece in The Times by former culture secretary and BBC director of radio, strategy and digital James Purnell in which he stated: “The argument for the BBC needs to shift from value to purpose — that we need it because it makes our democracy better and us happier.”

I think this is absolutely right.

We devote so long to arguing whether the BBC and all the public-service broadcasting we benefit from in the UK is good value for money. What we should be debating is what it would cost us – not in the wallet but in the soul – if we did not have a strong PSB system to pursue and extend the common purposes of our nation.

Assessing it only in terms of its value rather than its purpose is like awarding an Oscar for best actress based on box-office receipts not the quality of the acting.

Perhaps a hint at the answer comes in another recent article. In the International Journal of Press/Politics, two American academics, Victor Pickard and Timothy Neff, reported their findings from a detailed study of 33 countries which had public-service media operating with various degrees of funding and with different levels of independence from governments.

What sets their analysis apart is that it looks at what happens when there is little or no system of public service broadcasting - a critical question we should be asking.

They said that “high levels of secure funding for public media systems and strong structural protections for the political and economic independence of those systems are consistently and positively correlated with healthy democracies”.

In other words, investment in long-term funding for television, radio and online journalism that has a public purpose, coupled with protecting it from political interference, is good for our societies.

“We are lucky that in the UK our system of public service broadcasting exists to serve all audiences - regardless of age, income or political beliefs”

In an age when societies around the world are showing increasing tendencies to pull apart, there seems to be a relatively simple way of helping them hold together. BBC3’s return could be part of that.

We are lucky that in the UK our system of public service broadcasting exists to serve all audiences - regardless of age, income or political beliefs.

We all know the commercial sector could never and would never deliver the breadth and depth of content available from all six of our PSBs. Indeed, it’s the multi-dimensional nature of the system that enables the variety of content that we enjoy today, with each player bringing something slightly different to the party.

If we believe that the viewing needs of all British audiences matter, and not just those interested in high-end drama and entertainment, then that should lead us to more funding for content, not less. 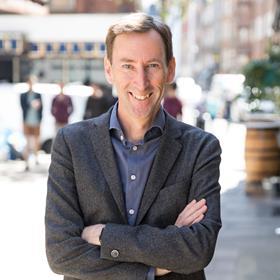 But that is a debate for another day and one that others in the industry and government will ultimately decide.

For my part, I would argue that we should be worrying a little less about the mechanism and a little more about the philosophy and public service media’s role in upholding our democracy. Let’s agree on the principle first, before we argue over the pounds.

So many of us took our daily routines and civil liberties for granted before Covid. I worry that we are at risk of doing the same to British broadcasting.