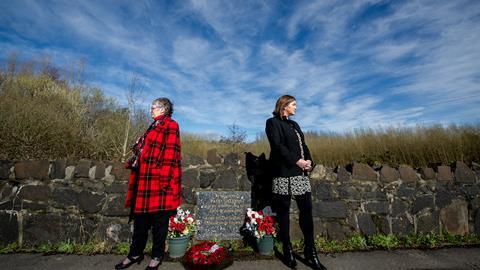 Uncovering a century of extraordinary archive granted us a deep well of stories that brought the story of the Irish border to life, says James Rogan

The day after the Brexit referendum, I knew we needed to make a film about the Irish border. Overnight, the decision to leave the European Union made the border something of a catchphrase on the nightly news alongside words like ‘hard’, ‘soft’ and ‘backstop’.

Along with producer Rachel Hooper and director Guy King, who had grown up in the border town of Derry, we set out to find a way of making the film. We weren’t interested in making a current affairs film about the border - after all the news bulletins were doing that - or indeed about Brexit. We wanted to convey the experience of living on the border. 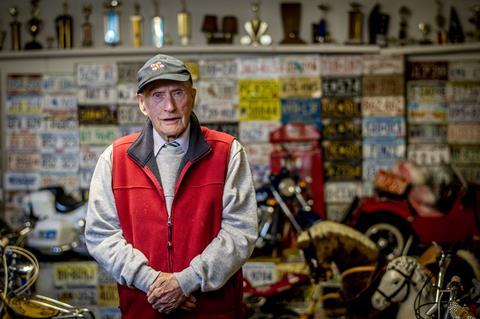 We quickly found some remarkable characters and stories, from the 102 year-old whose birth predates the border to the people who smuggled wedding dresses across to the woman whose husband was used as a human bomb.

The discovery that really shaped the creative course of the film was the archive that Guy - and later, our archive producer Fran McCormick - unearthed.

For 100 years, film crews have been going to the border to try to understand it. In this archive footage is close to a century of experience capturing in black and white and then colour why the Irish border was destined to become a crucial fault-line the Brexit debate.

American news pieces from the ’20s and ’30s laid out the story of partition and the IRA’s campaign against it, BBC segments showed British soldiers in the 70s joking with locals about them destroying road blocks and, of course, news reports catalogued the bombings and killings that came to define the border for so long.

The combination of these moments with our characters’ reflections really brought the complexities of the region to life. More than on any other film I have worked on, each clip of archive seemed like another piece in the puzzle of the story of the border.

One particular moment that captured our imagination showed a hearse being shared by two undertakers, one Protestant and one Catholic, who swapped it at the border to administer different funerals.

Similarly, watching a granny and then a young mother with babes in arms smuggling their shopping across the border revealed its absurdities.

It became clear that a certain amount of practical dark humour had evolved along the border to cope with living in such a strange situation where a line drawn on a map could cut directly through the centre of a town, dividing a community.

Guy, along with editor Simon Barker, set out to ensure that what we came to call the “Monty Python” element was present alongside the tragic experiences of the border dwellers.

But the archive, supported by the testimonies of the people who live there, revealed in a heart-breaking way the awful trajectory of the border. The more it was defined by infrastructure, the more it was policed and protected, the more violent and unliveable it became.

Throughout our filming, it became clear that for the people who lived there and the soldiers who defended it there was a deep sense of alarm at the possibility it could return.

The watchtowers, the checkpoints and the bombs filmed so abundantly during the ’70s, ’80s and ’90s remain a caution against complacency about a region that has already suffered too much.