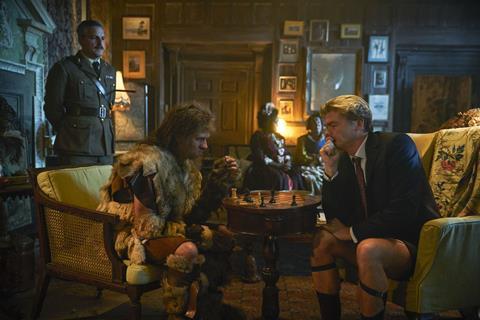 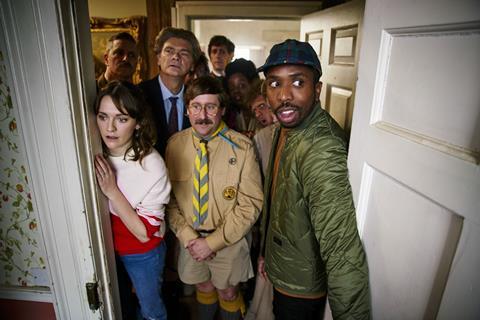 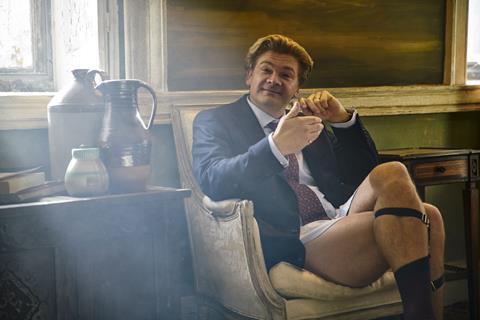 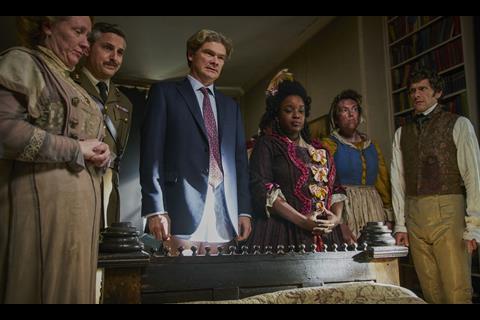 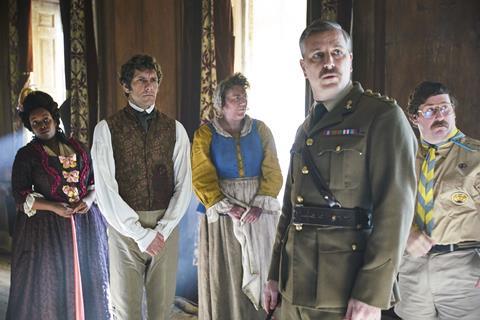 Ghosts is a comedy that wears its influences proudly on its sleeve: a dollop of Beetlejuice here, a sliver of Inside No. 9 and Blackadder there, stirred in with hazy memories of 1970s children’s classics The Ghosts of Motley Hall and Rentaghost.

But for writer/performer Jim Howick - most recently seen as a becardiganed jazz-loving teacher in Sex Education - another, less expected, figure looms large.

“We loved the idea of Danny Dyer’s royal lineage,” he says, referring to the EastEnders actor’s crowd-pleasing turn on Who Do You Think You Are?, the title of which Ghosts borrows for episode one.

“We’ve mirrored this with our character Alison, who discovers her aristocratic roots, which she embraces immediately and takes on with relish.”

Ghosts opens as Alison (Charlotte Ritchie) discovers she can curtail her desperate flat-hunting when she is bequeathed a country pile in a distant relative’s will.

Of course, coming from the troupe who met on Horrible Histories and went on to create Sky 1 fantasy comedy Yonderland, the contemporary set-up is merely a way into a comedy that pegs many of its laughs from the mismatched ghosts from history who haunt the manor.

“Every time you have people stuck in a place together, you will find natural enmity and antagonism. So here, for example, we have the most uptight Edwardian matriarch and her opposite – a caveman.”

Pausing to posit why cavemen ghosts are typically overlooked in favour of Tudor, Edwardian and Victorian ones, Baynton goes on to explain that the setting was born from establishing a multi-character scenario for the six writer-performers – himself, Howick, Simon Farnaby, Ben Willibond, Lawrence Rickard and Martha Howe-Douglas – once Yonderland, their first full collaboration, was winding down.

“We didn’t want to rehash what we’d done before, but nor did we want to throw out the baby with the bathwater,” he says. “A haunted house was one of our earliest ideas, but it was hard to come up with stories – as unlike most comedies, the characters can’t really worry about life or death stuff. Once we cracked the idea that they’d face boredom and eternity, that released it from this vague idea.”

They duly made a taster tape, which resulted in them abandoning the idea that they would each play multiple parts as in their previous work, to focus on six characters enduring each other’s company.

Conscious of BBC head of comedy Shane Allen’s frequent complaint of a dearth of comedy pitches for primetime BBC1, Baynton says that they took the attitude: ‘We have a broad audience – why not nail our colours to the mast and take a swing at primetime?’

“We wanted to do something that has a properly creaky atmosphere. I love the idea that some kids might stay up for it.”

Nevertheless, nailing down that tone has not been straightforward. Baynton says that at first their instinct was to create an adult show, but at the BBC’s request, they went on to write it as a pre-watershed comedy.

“But after we submitted the scripts, it was then felt that, because of some of the scares, it would have to go out later anyway,” says Baynton. “We wanted to do something that has a properly creaky atmosphere. I love the idea that some kids might stay up for it. It’s great as a kid when you think something isn’t quite for you and it’s a bit cheekier.”

A few ground rules were established, most notably that – with shades of Horrible Histories’ Stupid Deaths sketches - each ghost would appear as they were at the moment of their demise.

For Simon Farnaby, a serial disrober in comedies from Yonderland to Mindhorn, this meant keeping his shirt on – though this is the only thing he does keep on, implying he died from some sort of sex game gone wrong.

“He was originally going to be wearing leather pants,” reveals Howick. “We considered studded leather and in our pitch doc, he had a studded dog collar. We have retained that tone while being a bit more subtle.”

Howick and Baynton share the writing credits on episode one, but the core team take turns to take the lead and all six have an equal creators credit across the series.

“We’ve written in all kinds of configuration,” says Baynton. “It’s not set in stone.”

The team effectively operates a more coherent version of a writers’ room, he says.

“For each episode, we begin and end around the same table. Roughly, we’ll come up with a story, characters and series outline, then go away and write and then regroup and give each other frank and honest notes.

“It’s productive and fast – you get six first drafts in about the same time as you’d normally get one – but we have an identity that a writers’ room doesn’t, where there are such disparate people there that you need a showrunner.”

What’s clear from the show, and from talking to the pair, is the dual love of comedy and spooky horror they have attempted to weave into the show.

Beetlejuice was, says Baynton, a “useful tonal reference”, but Howick says the team members were “either slightly too young, or too old” to have watched Rentaghost. Other influences, such as The Rocky Horror Show, slipped in unconsciously.

“You have to tick the stereotypes off a list – the ‘bathroom mirror’ moment, the headless ghost,” Howick says. “You just have to work out what to do with them. If the theme is people stuck in relationships they’re not enjoying then a head which hates its body – and vice versa – fits into that.”

For all of its mainstream ambitions, Baynton says they were aware that viewers stumbling on Ghosts after Not Going Out, with which it is being paired, might still get a jolt.

“In the first week of shooting, I remember watching a scene in which one of our ghosts was demonstrating to the others how to milk a cow,” he recalls. “It reminded me that this was at once completely accessible and yet absolutely mad and unlike any other BBC comedies.”