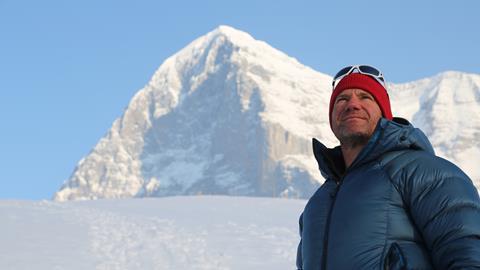 When the Beast from the East scuppered our plans to climb the north face of the Eiger, we had two choices: admit defeat and go home or find another mountain, says Eoin O’Shea

It’s far too cold and there is a blizzard on the way… There is absolutely no chance to climb the north face,” said the man with the frozen beard.

Not exactly what you want to hear when your entire film is about climbing that very same cliff face, especially when you are running out of shoot days, money and clean thermal underwear. 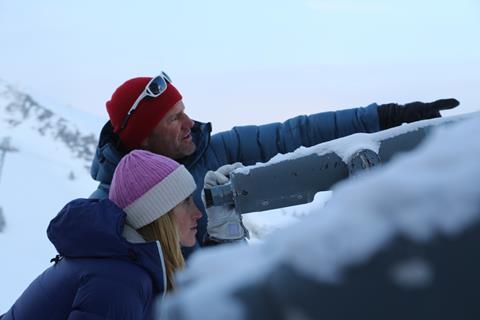 However, that was exactly what the most experienced Alpine guide in the region was telling me. Steve Backshall and Leo Houlding would not be climbing the north face of the Eiger.

ScreenDog’s first big commission was a bust. CBBC was not getting its film, and I had the pleasure of telling them. The dream was over. But just like the movie trailers say, the adventure had only just begun.

We had planned to be in Switzerland for three weeks over February and March. Our mission was to make a film about Steve’s lifelong ambition to climb the infamous north face of the Eiger. We were also tasked with delivering ‘as live’ digital content, so Steve’s climb was played out in real time for the CBBC audience.

We wanted to make the most visceral, raw and, hopefully, inspirational film we could: less about the history of the Eiger, and more about what it takes to complete such an audacious, dangerous climb. 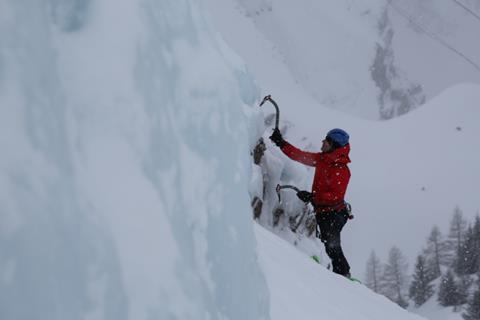 As such, most of our content would focus on the climb itself, but there are only so many times you can say how high up and cold you are without things getting a little dull. And while the north face presents some of the most iconic climbing challenges in the world, we would not be asking anyone to repeat anything – we either got it first time or we didn’t get it.

Also, the climbers would not always be in earshot of each other, so things ran the risk of being a little quiet.

We needed a way of turning ‘moments’ into proper sequences; developing storylines and, well, telling the whole story. We had the drones, the mini-cams and a Cineflex for the summiting, but we needed something else to get the amount of actuality required for a 60-minute programme. 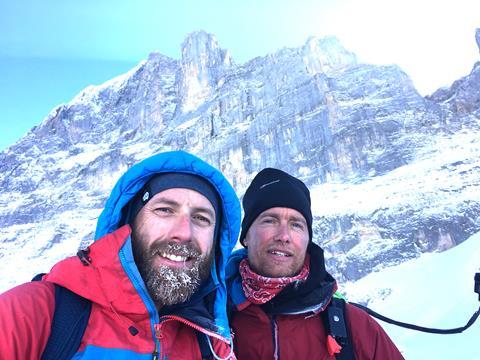 Communication, as they say, would be key. Our recce established that the north face had 4G the whole way up – a major success from both a comms and a health and safety point of view. Long-range walkie-talkies would handle the rest, including an isolated line between me and DoP Keith Partridge.

An RF link between our studio at the base of the mountain and the climbers on the face meant we had pictures. We were getting there, but we needed a way of generating more content without interrupting the climbers.

We needed to be with them as they overcame each and every challenge; as they shouted instructions to each other and as they muttered under their breath.

We wanted a shot of the climbers’ faces, with sound, without getting in the way of them ascending a vertical cliff face. These scenes could not be shot by a camera person – that would defeat the object. The climber needed to almost forget they were being filmed.

This was a job for John Livesey. He had done this kind of thing for me before, and without his crazy little ‘GremlinCam’ (see box), this film would look very, very different indeed.

It was a solid plan. The problem was we didn’t get to climb the Eiger. The Beast from the East (-60°C on the summit and record snowfall) saw to that. Our base camp, studio and pop-up edit was entirely redundant.

We had two choices: admit defeat and go home, or try to find another mountain. Less than 24 hours later, our entire team and all the kit was squeezed into two vans and a Renault Clio heading for the Dolomites in northern Italy.

Eoin O’Shea - My tricks of the trade

Four countries and 550 kilometres later, we were rising up through the clouds on four skidoos. We had a 12-hour gap between blizzards: 12 hours to climb the most beautiful mountain in Italy, the Tre Cime.

There was no time for a recce, and hardly any time to climb the thing, but Steve and Leo were ready to go. Keith was ready to shoot and we’d even managed to find a local helicopter pilot at the last minute. We would drone the first section of the climb and, of course, we had our GremlinCams.

There was no 4G, no RF link – no pictures and sound from the mountain. But if we didn’t all know what we needed to do at this stage… well, you know the rest.

Did we pull it off? We’ll let the audience decide.

HOW I BUILT THE GREMLINCAM 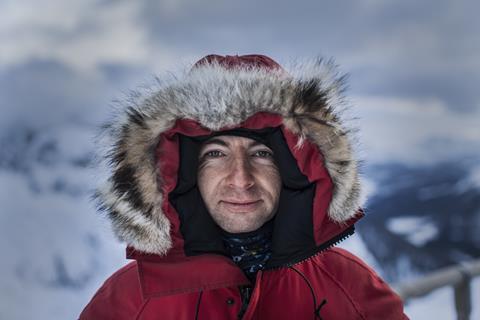 “Make a 4K-capable miniature camera that can operate in -35°C, give a look-back head-and-shoulders shot of a mountaineer as he climbs without getting in the way of ropes or arm movement, record for around six hours, and do not occlude the climber’s face from the cameraman climbing nearby.

“Also, it needs to be remotely viewable 3km away and the climbers won’t want to carry anything over 1kg,” said Eoin O’Shea.

We would need a minicam that could magically float in front of a climber as they dodged ropes and rocks while sporting a large, mysteriously lightweight battery curiously unaffected by extreme cold.

It would need to shoot in 4K, be invisible to other cameras, transmit thousands of metres away and be operable by numb fingers – ideally with only one button. Right: to the drawing board, and perhaps a book of magic spells.

Two weeks later, the GremlinCams were born, though they weren’t named as such until Steve and Leo got their hands on them at the base of the Eiger. The climbers were wearing full backpacks including roughly 700g of GremlinCam kit. 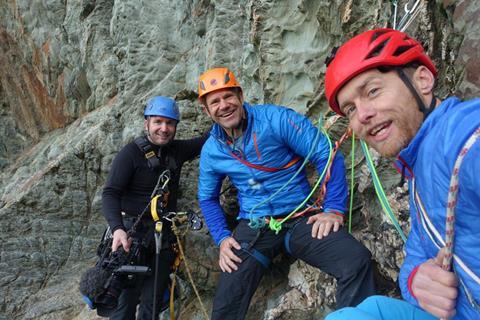 The battery was 300g, and the transmission gear, the arm itself and the carbon/alu-reinforced backplane of their backpack (to minimise arm wobble) made up the remainder of the weight.

The camera head twists forward as a POV, backwards as a look-back or downwards over the climber’s feet and the vertiginous rock face below.

Similarly, it can be doubled back over the shoulder for a forward POV with the climber in shot. When done filming, the climber swipes the arm down to their side behind their elbow. When they want to shoot again, they hook it in the crook of their arm and bend it back up.

Overall, expected problems such as frozen condensation inside the kit or batteries dying in the cold proved not to be the biggest issues we had to deal with up in the mountains.

Even for us crew not ascending above 4,000 metres, the major challenge was getting enough oxygen while trying to quickly move to a new position before the climbers moved out of shot, and maintaining stability while walking on deep snow and carrying heavy camera gear – plenty of opportunity to feel comically helpless with snow up to your midriff and arms full of camera kit.