Who's Getting Rich From Moroccan Hash?, BBC Arabic

Foreign journalists are not welcome in the cannabis farming communities of Morocco. It took weeks just to find a fixer, writes Emir Nader 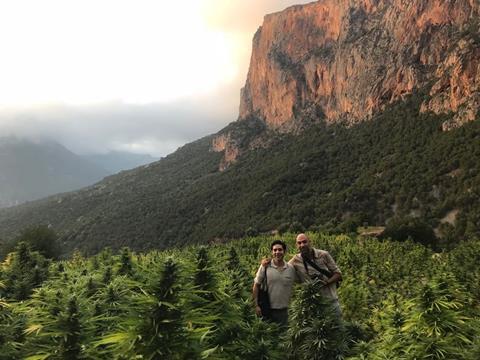 Who’s Getting Rich from Moroccan Hash?

Visit Morocco as a tourist and it’s hard not to leave with something positive to say about the country. Its known for its food, natural beauty, rich culture – and its cannabis.

Thousands of smoker pilgrims a year visit there to smoke its famous hashish direct from source at the world’s largest exporter of cannabis resin. For these smokers, and the many outside of the country, few are aware of the conditions in which it is made.

We’ve heard of the gang violence of cocaine cartels in Latin America, but hash seems to be a soft drug and there’s a happy ignorance that the conditions in which it is grown and trafficked is similarly benign.

Our journey took us to the root of this trade, and we learned quickly that much of the reason few know about the conditions for cannabis farmers is because it is a tightly controlled region and there is a strict control on what information leaves it.

Fixers and farmers have been arrested previously for working with the media. I heard of another Western film crew who tried to investigate this story but gave up.

The farming communities live in an open state of illegality, at the mercy of bribes and officials turning a blind eye to a vast industry that stretches across the north of the country.

Foreign journalists aren’t welcome. Pulling out a camera in the Rif is a quick way of getting deported and it’s a danger to you and any locals spotted with you. Many farmers fear retribution from either traffickers or the police for speaking to the media. 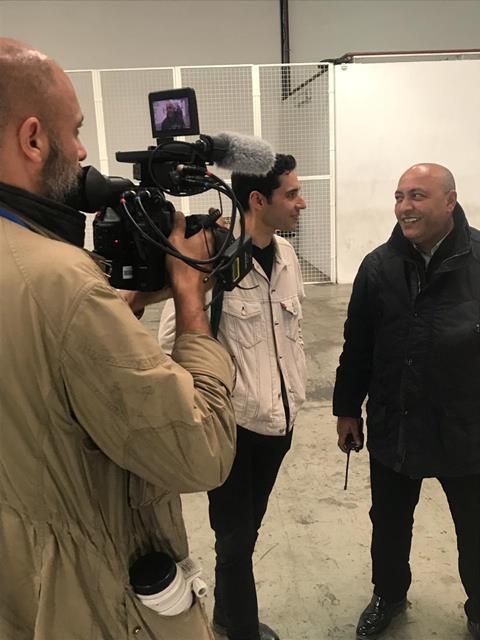 A million kilos of hash is produced each year in Morocco, most of it going to Europe, where it has a street value of around 8 billion Euros, but it is illegal in the country and to speak to the estimated one million people living from the trade proved to be incredibly hard.

It took months of patience and building relationships until our local team and contributors trusted we were not doing a sensational story about Morocco’s hash problem; fixers and farmers have been arrested previously for working with the media. I heard of another Western film crew who tried to investigate this story but gave up.

The virtue of this production was that I was given the freedom to slowly develop contacts over months; it took weeks just to find a fixer who was fully aware of the risks and still willing.

Working on the ground, we made a number of trips. First, the director, Karim Shah, and I went on a recce. We made friends, drank tea and listened to people’s stories. At this stage, all signals were that it would be a difficult story to film and that the authorities would be reluctant to give access to a story with such potential to paint Morocco in a bad light.

Eventually, I was able to put together a small local crew to capture the most valuable interviews of the film. On our behalf, they gathered compelling testimony about the state of poverty and fear thousands of cannabis farmers live in. As locals, they were able to obtain a filming permit more easily and their request to speak with rural communities didn’t raise alarms. But they were also brave to work on a film with so many sensitivities.

For our next shoot, we wanted to give the Moroccan authorities a chance to respond. We were honest about our intentions, pointing out that we didn’t want to lambast the Moroccan people for Europe’s drug habit; this is a global phenomenon with shared responsibilities, and we would like to have a frank discussion. It wasn’t easy but we built relationships with officials, slowly and repeatedly.

Filming permits have been rejected on much more vanilla stories than this one but eventually our persistence paid off and we managed to pull off something none of us expected: we got a filming permit to interview Moroccan officials about an illegal trade that a million of their citizens live from.

To understand the full picture of the hash trade, we also filmed in the coffee shops of Holland. We saw the high-end, gilded vendors in Amsterdam, where Moroccan hash sells over the counter for 8 Euros a gram and juxtaposed this material against the farmers who earn barely a thousand Euros a year.

Investigating this trade at an international level helps the viewer realise just how much this mess of international policing is lining the pockets of almost everyone besides the people who make it. We built contacts in Holland with crime journalists and eventually secured an interview with a former trafficker who made 750,000 Euros every few weeks shipping hash to Europe.

We also got lucky. In the south of Spain, we joined police for a few days to embed on their raids against hash traffickers. We were fortunate to accompany them on a day they busted of 19 hash traffickers and seized 2,000 kilos of hashish.

We met another crew who had been there for weeks waiting for such good telly. In the edit, we had to mute the mic on my expletives during our inspection of the seized goods in the police strong room. 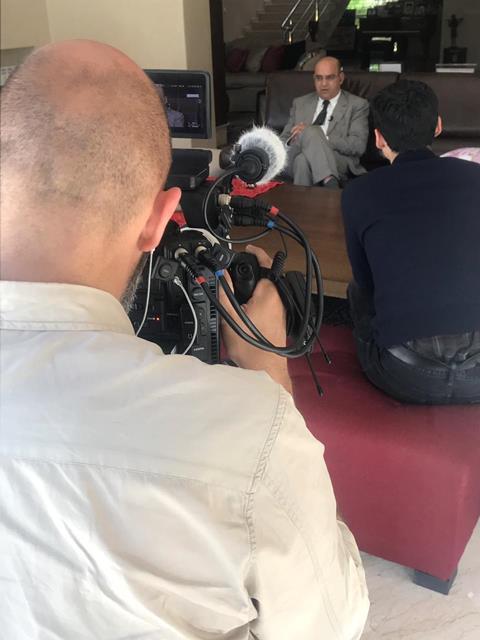 These days, amateur photographers and retirees with too much money on their hands travel with more pro-gear than many of us on a gig. One benefit of this is that airport staff have become pretty familiar to opening up bags of lenses and go-pros. This can have advantages for those of us working in countries when we we’re unsure about permits.

At the time of entering Morocco on our last shoot, we had not yet heard about our filming permit. I took a discrete Sony A7 and aimed to hire a radio mic in the country, permit-depending.

Ecstatic on day three when we received our paperwork, I knew I wanted to hire a Canon C300 MkII to make the most of it.

So began a couple of days of capturing Morocco’s rich visual palette. Only when the card filled up did it turn out the hired camera had no C Fast memory card reader. We called the hire guys, they had none either. And our Macs wouldn’t take their software to connect the camera by a cable.

So began our last days in Morocco, trying to find a C Fast reader to download our footage and free up the card. We rang and asked everyone to find one. Eventually, finding apparently the only person in Morocco with a C Fast card reader who we convinced to take a three-hour train ride to deliver it to us. Moral of the story – check your hire kit.