David Attenborough is heading back under the sea with Blue Planet II, the next juggernaut to emerge from the BBC’s Natural History Unit. 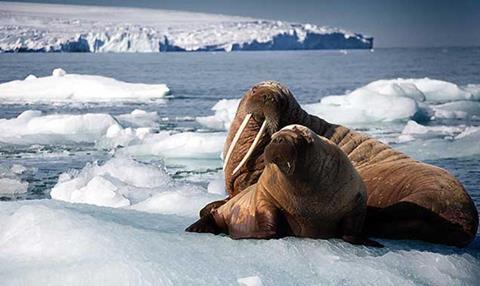 Coming off the back of the phenomenally successful Planet Earth II last year, the series will build on the prestige of its predecessor Blue Planet, which aired in 2001.

Billed as a “bold cinematic experience” by distributor BBC Worldwide, the series will take viewers on an adventure across the world’s oceans.

Advances in technology mean audiences will gain an unparalleled understanding of life beneath the waves, delivered in 4K via the same filming techniques showcased in the NHU’s previous series.

Attenborough will travel from the icy polar seas to the vibrant blues of the coral atolls, sharing new discoveries along the way. Expect other-worldly images captured with deep-sea subs.

The series is expected to hold broad appeal for buyers across the world who will have seen Planet Earth II average 11.9 million (41%) viewers on BBC1 last year, and attract a high youth audience.

BBC Worldwide executive vice-president of Western Europe Tobi de Graaff says Planet Earth II not only rated well in the UK but won 25% of share of its slot in France and was the best-rated natural history show in the US for five years.

“Here comes another one of those landmark series that NHU does best in the world,” he says. “The pictures are mesmerising, it’s a truly beautiful new world the film crews have helped to uncover, making for real event television.”

He is confident the series will do well in territories that aired the Planet Earth follow-up. That show was also a huge success on social media, a trend that De Graaff expects will be replicated with Blue Planet II.

He says he is also hopeful that BBCW will be able to replicate the kind of innovative deals it did with Snapchat and Blippar last year. “There is a big new clientele developing for natural history because it’s so classy and widely popular, and rates very well with a younger audience as well,” he says.

The series has already received substantial interest from buyers and De Graaff says he expects it to be picked up in numerous territories, including China. “At a time when the natural world is in peril, it is very satisfying to bring the beauty of it to a wide audience,” he adds.

Blue Planet II is not the only big-budget project that BBC Worldwide has on its slate – the distributor will also start selling Civilisations, the long-gestating update of Kenneth Clark’s classic 1969 series, at Mip TV.

Mary Beard, Simon Schama and David Olusoga are to front the 10 x 60-minute BBC2 series, which will follow the trio as they travel the world to tell the story of art, from the dawn of human history to the present day.

The series, produced by Nutopia and co-produced by US public broadcaster PBS, will use cutting-edge production technology to follow their journey, including drones and macro photography.

The series has been in the works since 2014, when director general Tony Hall announced it as part of a major commitment to the arts, and is expected to be delivered by the end of the year.

On a slightly smaller scale, BBC Worldwide will also be looking for new homes for its latest fact ent format Tribal Bootcamp. The show follows two comedians – Joel Dommett and Nish Kumar – as they search out fitness trends from around the world, including the ancient exercise rituals of Mongolian nomads and Maasai warriors.

Produced by Asian Provocateur indie Rumpus Media for BBC Earth, the distributor will be looking to sell the finished tape into territories where the channel does not air, and will also be searching for format opportunities.