Do you have what it takes to be a spy? That’s the question posed by Minnow Films, and the seed from which its secret service recruitment format grew. 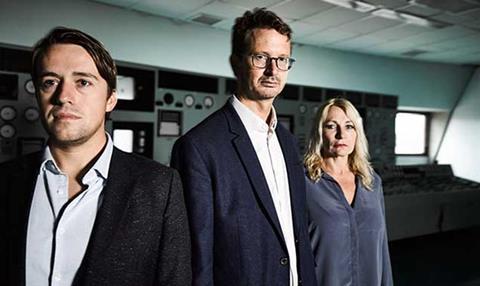 Do you have what it takes to be a spy? That’s the question posed by Minnow Films, and the seed from which its secret service recruitment format grew.

The series follows a diverse group of 14 trainees under the watchful eye of three intelligence operatives from MI5, MI6 and GCHQ. The group face a series of exercises based on the Intelligence Officer New Entry Course, designed to test their raw intelligence, powers of persuasion and talent for concealment.

Minnow has experience in producing hard-core recruitment formats through two series of C4’s SAS: Who Dares Wins, which shines a light on the SAS selection process.

But according to Minnow creative director Colin Barr, who has just agreed to join Peter Fincham and Tim Hincks’ Expectation, the secret services have an inclusivity and diversity in their selection process that the SAS does not.

“The skills and traits you’re looking for as a spy are almost the opposite of what you need in the combat role of the SAS. The intensive physical capability isn’t necessary; it’s all genders, all backgrounds.”

Minnow documents the gruelling recruitment process and its effect on the trainees using fixed-rig footage combined with observational camerawork captured on drones and hidden cameras.

This technique transforms Spies from a linear fact-ent series to a cross-genre format combining emotional storytelling with an espionage thriller. This was important, Barr says, in portraying the edgy and diverse reality of the modern secret services.

“Gone are the days of the posh Cambridge spy. This is a gritty and modern take on espionage.”

Passion Distribution head of sales Nick Tanner says this thread of modernity will resonate with international audiences. “Trying to understand what is going on in the world is part of the international zeitgeist and spies have always been at the centre of that.”

The first series of Spies picked up a consolidated average of 1.2 million (4.1%) across its four-part run in January and talks between Minnow and C4 about a second series are under way.