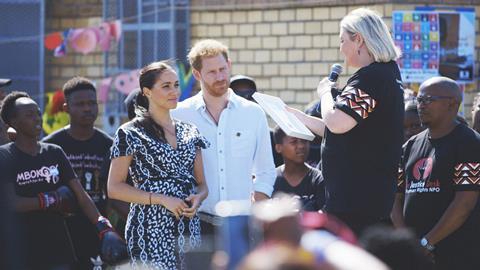 Lack of nuance is killing debate

The adversarial nature of much discussion on TV today is poisoning us, says Amna Saleem

Many of entered 2020 with excitement about the future but, in hindsight, we should have known better.

Last year was off the charts in terms of its surreal quality – everything felt like it was straight out of an erratically written TV drama. Only a month into the new decade and we already have the plot twist that could very well define it, which is – spoiler alert – not a good thing.

January dropped the bombshell that Meghan and Harry were stepping back as ‘senior royals’, which soon escalated to them walking away from the Crown and moving to Canada.

Once the shock of the decision passed, many of us weren’t all that surprised. The warning signs had been there. Harry’s statement, in which he demanded that the British press leave Meghan alone, was an unprecedented move by the royal family, underlining the serious nature of the situation.

The treatment of Meghan Markle has been atrocious. Many point to the excitement surrounding the wedding as proof that she had been welcomed by Britain with open arms – but the headlines tell a very different story.

Pitted against the Duchess of Cambridge, who could do no wrong, Meghan became the villain du jour. She was berated for minor ‘infractions’ such as her nail polish and there was the reprehensible exploitation of her strained relationship with her father just to fill tabloid pages.

People of colour had been pointing out the ill treatment of Meghan since the beginning but were usually dismissed. When things came to a head, however, suddenly we were visible, with many of us, including me, invited onto primetime TV to answer the age old question: was this racist?

We each took turns patiently confirming why the behaviour exhibited towards Meghan was in fact racist – only to be told over and over again that we were mistaken, by men who have had very little, if any, experience of it.

If you look closely, it is possible to see my soul escape my body during my appearance on a BBC Scotland current affairs show as I’m asked why Meghan, a mixed raced black woman, simply hadn’t “prepared” for the racism – indicating that the onus was on her and, by proxy, all people of colour, to just suck it up.

This may not have been asked because of any particular agenda, but it is an accurate example of exactly what is wrong with the way we talk about racism.

The BBC’s desire for balance is out of control, leading to adversarial debate. It has become so polarising that you could be forgiven for thinking all white men are bigots and all women of colour are fantasists.

I found it telling that while some of the most intelligent women in the country, from Afua Hirsch to Dr Shola Mos Shogbamimu, were sought out to offer their expertise, there wasn’t as much of a drive to ask white men in mixed race relationships for their insight or experiences.

Theirs is a point of view that I think is just as interesting, considering Harry’s transformation from ‘ignorant party boy’ to ‘educated activist’. It is curious that outlets seem to have difficulty inviting in white men capable of understanding nuance when it comes to either misogyny or racism.

These platforms now seem to be a way for the questionably skilled to revive their dwindling careers. The media latches on and showers them with attention, which is how an actor-turned-mediocre musician, who hasn’t exactly lacked opportunities in life, somehow became a chief expert on racism and misogyny. 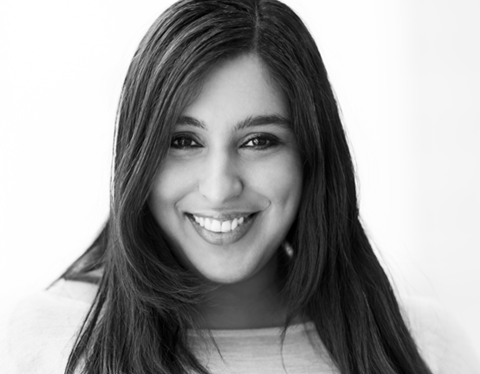 We can only fix this situation from the inside, so it is pertinent that we reflect on the past month. We must find a way to encourage healthy debate instead of poisonous clickbait, which relies on manufacturing outrage, with no hint of journalistic integrity.

There is no reason this royal fairytale should have so quickly turned into a nightmare.

Amna Saleem is a writer and comedian