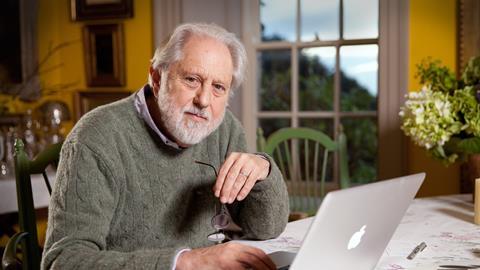 PSBs are more vital than ever

In an era of fake news, they’re a crucial component of a healthy democracy, says Lord Puttnam

This week I launched A Future for Public Service Television at the British Academy, a new book edited by Des Freedman and Vana Goblot, and published by Goldsmiths Press.

It is based on the 2016 report into public service television and includes contributions from academics, broadcasters and regulators.

Launching the book – and indeed contributing to it myself – has required revisiting the original report, which was published almost two years ago (just after the Brexit referendum) and taking stock of the significant changes that have occurred since. The speed and impact of change has been undeniably dramatic.

Broadcasting has continued to be disrupted by technological change, while political volatility across the globe has contributed to a growing sense of unease and disorientation.

All of this is indicative of the fragility of the societies in which we now live; fortunately, a few things have remained reassuringly constant. I, and indeed all the contributors to the report, remain steadfast in the belief that public service broadcasting is as important now as it’s ever been – a vital component of a healthy democracy.

The original report sought to highlight conditions that would allow for the production and circulation of high-quality public service content in an increasingly complex set of circumstances.

Since June 2016, the media landscape has become even more complex: fake news, the proliferation of online bots, the ramifications of the Weinstein allegations and the ongoing revelations about illegal data harvesting. All have added to the growing sense of chaos – that we are poorly led, and things are seemingly out of control.

Then there’s the growing dominance of new global content creators – the FAANG companies – with a market cap equivalent to 10% of the entire US stock market, meaning that the very nature of competition has evolved and, given their colossal production budgets, become increasingly fierce.

Things have also changed at home. UK broadcasting has witnessed the start of the new BBC Charter; Channel 4 has seen off privatisation, albeit at the price of succumbing to partial relocation; and Sky has been the subject of multiple takeover bids.

We’re now watching stark changes in consumer behaviour: as we know, younger audiences spend more time with Netflix in a week than they do with BBC television (including iPlayer) and there’s been a continuing fall in viewing of traditional broadcast television generally.

Many of these changes, particularly the generational ones, were foreseen during the preparation of our 2016 report. However, as was the case then, the argument that PSBs are irrelevant remains untrue.

In fact, more crucially than ever, public service television provides viewers with a trusted environment in which to absorb and sift information.

Indeed, a recent report from Ofcom reveals that most people believe PSB news to be their most ‘trustworthy’ source of information.

In the foreword to the 2016 report, I wrote: “Our need for trusted sources of information, comprised of tolerant, balanced opinion, based on the very best available evidence, has never been greater.”

The PSBs remain vital guardians of impartial, factually reliable and balanced news and current affairs, with the BBC still leading the pack. In the light of recent allegations of illegal data-scraping, the BBC’s privacy promise shows a welcome commitment to protecting its users’ personal information.

PSBs also have a critical role to play in addressing the issues of diversity, equality and harassment, both on and off screen. The pan-UK, broadcaster-led Diamond initiative has a particularly important part to play in this wider landscape, setting out a new set of principles and guidance across the industry.

Social, political and cultural change has brought about many challenges for plural and informed democracy.

Today, millions of people around the world feel angry and alienated from ‘mainstream’ politics. PSBs are, and must remain, the torchbearers for whatever flickering form of trust and enlightenment survives these times of uncertainty.

Surely, it’s our duty as citizens – as well as that of politicians – to cultivate a landscape in which public service broadcasting can remain healthy, vibrant and prepared to show leadership whenever civility appears to have ‘gone missing’ in other areas of our civic life?

Lord Puttnam is a film producer, educationalist and member of the House of Lords