How Noah Media found an audience for Finding Jack Charlton 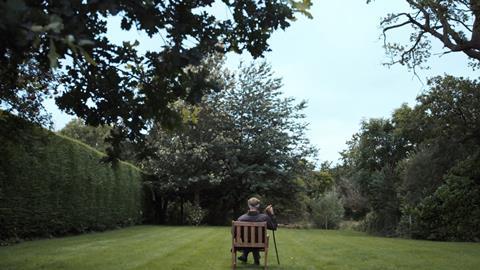 Finding Jack Charlton will be broadcast on BBC2 at 9pm on Monday, capping off a successful five months since the release of the documentary.

Noah Media Group saw twists and turns through production, with a chance conversation late in filming leading to a treasure trove of material that ended up key to the documentary. You can read more on that here, but it wasn’t the end of the story for the company – with distribution of the film needing innovation and quick-thinking to get it in front of viewers.

Focusing on Charlton’s, “unique time as an Englishman and Ireland manager when the Troubles were at their peak,” according to Noah CEO and co-founder John McKenna, and his later struggles with dementia, it was made all the more important to cover the subject matter sensitively when the England and Ireland football legend sadly passed away last July.

McKenna explained: “We wanted to repay the trust the family gave us to document this. We wanted to handle it sensitively, making sure Jack and the family were happy and comfortable with us being there.”

“When Jack passed away in July it lengthened the production. We had to make sure that we finished it with the right sensitivities and did right by Jack’s family.

“We were actually there filming a week before his death, not with Jack, but in the north-east and with his family. 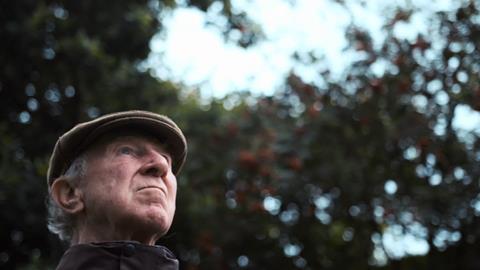 This shortened the timetable ahead of the cinematic release, which was planned for 6 November last year with a three-month window ahead of it’s TV debut - an innovative deal that came thanks to Noah’s relationship with co-commissioners BBC and Virgin.

Head of distribution, Drew Masters, explained: “We did have to squash some deadlines. Normally we want eight weeks between the completion of the film and its release, but we squashed this to five.”

However, this was when the pandemic threw a spanner in the works. Just one day into the cinematic release, lockdowns were enforced in the UK and Ireland.

“Originally it was slated for a 6th November theatrical release and 23rd transactional release,” Masters revealed.

“When the UK and Ireland went into lockdown the day after, at the drop of a hat we had to switch all our messaging to the home entertainment date.”

Masters admitted this was one of the biggest challenges, especially at a time when it wasn’t certain that homebound audiences meant financial success.

Luckily, “The revenue we missed out on with the cinema release (it was scheduled for all major cinemas in Ireland) was more than made up for by the transactional release. 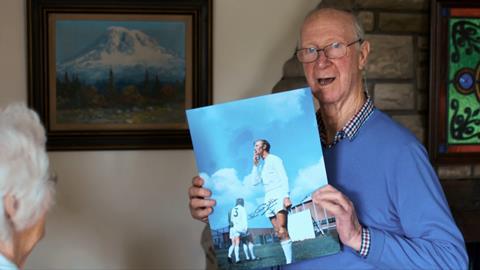 “But at the time it was unknown (if people staying at home would help revenues). Generally people weren’t buying as many non-essential goods which is usually a tough market to release into.

“At the same time, it was a less busy market with fewer documentaries. So, in relative terms it had a bigger share of voice despite the challenges.”

Luckily, the media benefits of a cinematic release weren’t lost: “The theatrical release unlocks a lot of broader coverage. However, when cinemas closed we already had that coverage, and we could redirect that revenue stream to the new dates.”

When it came to marketing the film, it was important to stay true to the themes of the documentary. This was helped by partnerships with the Alzheimer’s Societies of Ireland and the UK – both of which will benefit from the commercial success of the film.

After signing up mid-way through production, the groups advised on how to approach the subject matter of dementia. Masters added: “They advised us on how to approach certain subjects. We knew very important conversations could be sparked by the film – so we wanted viewers to have a resource that they could go to.

“They also helped with the marketing, by making sure it wasn’t just about sport, it was about dementia too.”

With Charlton having made such a huge impact on both England and Ireland, the marketing of the film also had to be tweaked for the two nations.

“Jack and England, Jack and Bobby, Jack and Ireland, Jack and dementia, we wanted to go after all these strands,” Masters said. “Here it didn’t make sense to focus on a single angle. 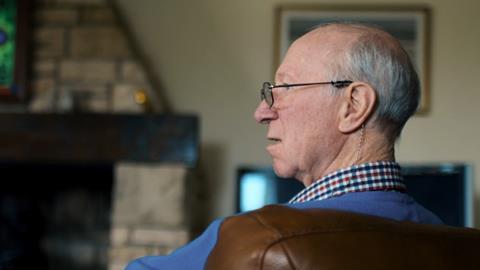 The universal themes involved mean that international sales are also an aim for the distribution team – now commercial success has been guaranteed.

“We wanted it to commercially work in the UK and Ireland first to get coverage and responses to use to launch it into other territories,” Masters said.

Head of sales, Catherine Quantschnigg, said: “It’s not just about football, it’s also dementia and professional sports people – which can connect with people.”

McKenna pointed out: “The 1966 World Cup winning team has reach, as well as the Irish populations around the world.”

The inspired footballing impact of Charlton coupled with his experiences with dementia is a story that tries to spark conversations worldwide about the role and dangers of sport, but Masters summed up the key aim: “Everyone wanted to do right by Jack.”