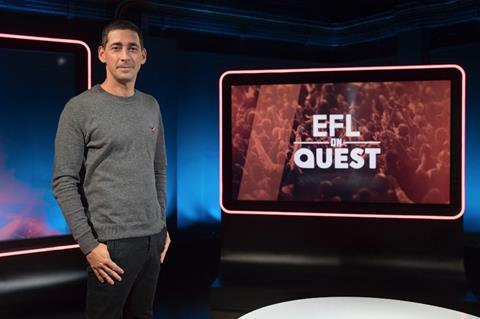 Quest is extending the length of its EFL on Quest football league highlights show, which is broadcast weekly on Saturdays at 9pm, for the rest of the 2018-19 season.

It will now run for two-hours, rather than 90-minutes, to provide more time for action and analysis from Championship, League 1 and 2 matches as the season draws to a close.

Quest head of channel Simon Downing, said: “Our decision to extend the flagship show is another positive step to super-serving what we know is a hugely passionate audience.”