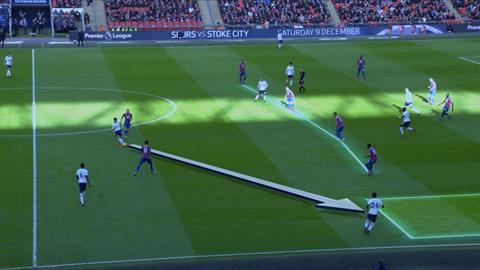 It’s also used by sports clubs as a coaching tool.

Piero grew out of a research project from BBC R&D back in 2004, with the aim being to create ”graphics that made sense from an editorial perspective.” The core technology was licensed to Red Bee Media who created the Piero product, which was then used for the first time on Match of the Day.

In 2016, BT Sport was announced as the first customer of the new Piero Augmented Reality (AR) software.

The financial details of the acquisition have not been disclosed but, as part of the deal, all Piero employees have moved to Ross Video’s UK subsidiary from Red Bee Media.

Steve Nylund, CEO, Red Bee Media, said: “Ross Video is well positioned to continue to develop Piero and they will be able to leverage the potential of the product and accelerate growth of the business.”

David Ross, CEO, Ross Video, adds: “Piero Sports Graphics are a perfect complement to our industry-leading XPression Graphics and VS/AR offerings. Our worldwide sports production customer base will really appreciate the added momentum and exposure we can give to this legendary product.”