It was also streamed 260,000 times across BBC iPlayer and the BBC Sport website. 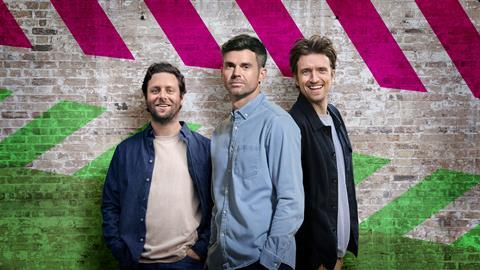 In addition, 260,000 streamed the game on BBC iPlayer and the BBC Sport website. This follows up impressive viewing figures for the opening women’s match on Thursday, which had a record 1.6 million watching as the Oval Invincibles beat the Manchester Originals with two balls to spare.

The men’s half of the Oval Invincibles completed the double on Friday, beating the Originals by nine runs in a close-fought encounter featuring England stars such as Jos Buttler, Jason Roy and Sam Curran.

The Hundred continues on the BBC this weekend, with the men’s game between Trent Rockets v Southern Brave at 2pm on Saturday, followed by the men’s London Spirit v Oval Invincibles on Sunday.

All other matches are shown on Sky Sports, with all women’s games also available for free on YouTube. Selected men’s encounters will also be made available on the streaming platform. Sky Sports director of cricket Bryan Henderson spoke on the Broadcast Tech Talks podcast about its plans for the tournament.

The BBC will air 18 matches in total - ten men’s and eight women’s - including both finals, and you can read more on its plans for the competition here.